iFixit has posted a teardown of the new Apple Lightning to 3.5mm headphone adapter. Creative Electron provided the site with X-ray images of the audio adapter which reveal a mystery chip, likely a DAC. 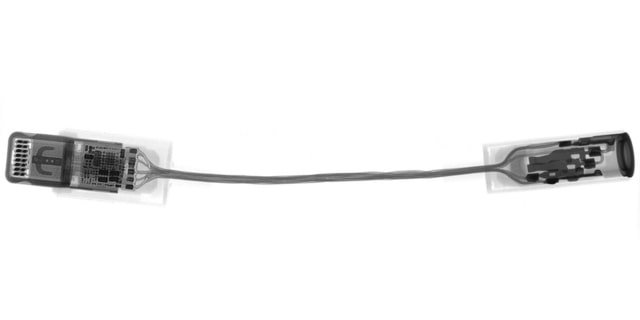 User oldturkey03 managed to slice his adapter open and reveal the markings on the chip. Unfortunately, they only tell us the chip is from Apple.

He uncovered that mystery IC by the Lightning connector, marked 338S00140 A0SM1624 TW—which doesn’t tell us much, other than it’s an Apple part number. 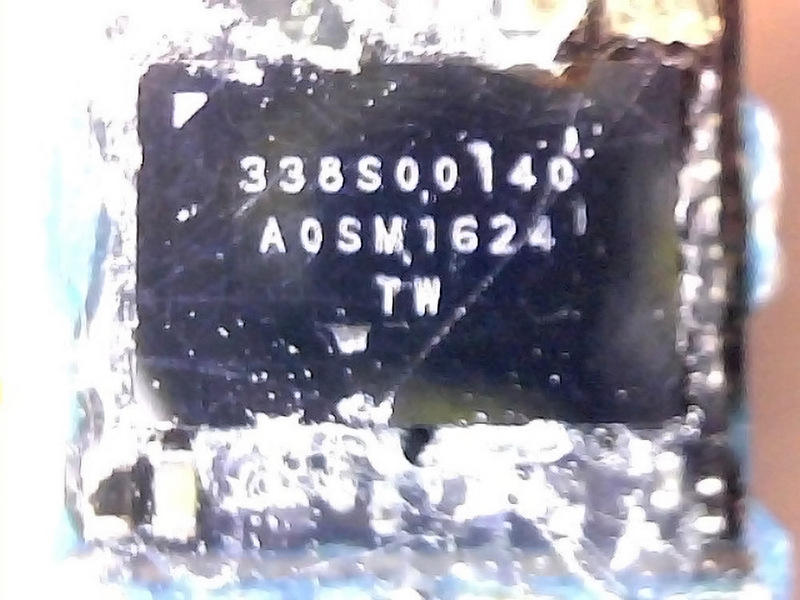 The chip is believed to contain a digital-to-analog converter (DAC) and amplifier, as well as, an analog-to-digital-converter (ADC).

So how well does the converter perform? German computer tech magazine c’t ran a bunch of tests on the adapter. Compared to the headphone jacks on the iPhone 6s and iPad Air, sound quality did drop ever so slightly. For example, playing an uncompressed 16-bit audio file saw the dynamic range drop from 99.1 dB at the headphone jack on the iPhone 6s to 97.3 dB at the adapter. However, the wouldn't be noticed by most listeners.

Hit the link below for the full analysis! 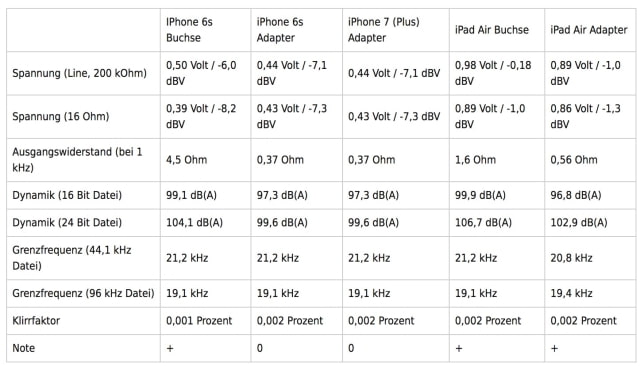 Great! - October 6, 2016 at 11:59pm
Is less than 2dB considered a substantial compromise to sound quality? The reviewer seems to think that you won't be able to tell the difference.
Reply · Like · Mark as Spam

Eddie - October 6, 2016 at 4:44pm
That chip is a digital to analog converter according to a tear down of this adapter on another site.
Reply · Like · Mark as Spam
1

Curtix - October 6, 2016 at 5:23pm
Of course it's a DAC. Apple said themselves that the lightening port output is a 100% digital signal. EarPods, speakers, headphones and anything else that vibrates and produces sound is by nature analog. Therefore, it is not possible that the EarPods and the adapter do not have an imbedded DAC. Also, since even the worst USB DAC's are gigantic compared to that lightening to headphone jack adapter, there is no way on earth that Apple did not make substantial compromises to sound quality to not include a headphone jack. The concept is (imo) stupid!
Reply · Like · Mark as Spam

. - October 6, 2016 at 7:30pm
And people assumed the EarPods were the same. Jokes on them! @curtix I found it necessary not to have the jack, but overall I find the concept not as stupid.
Reply · Like · Mark as Spam