Google has announced that it is set to reach 100% renewable energy for operations by next year.

I’m thrilled to announce that in 2017 Google will reach 100% renewable energy for our global operations — including both our data centers and offices. We were one of the first corporations to create large-scale, long-term contracts to buy renewable energy directly; we signed our first agreement to purchase all the electricity from a 114-megawatt wind farm in Iowa, in 2010. Today, we are the world’s largest corporate buyer of renewable power, with commitments reaching 2.6 gigawatts (2,600 megawatts) of wind and solar energy. That’s bigger than many large utilities and more than twice as much as the 1.21 gigawatts it took to send Marty McFly back to the future.

Google has also announced a new environment website where it will share stories of how it is taking steps to go green. Check it out at the link below. 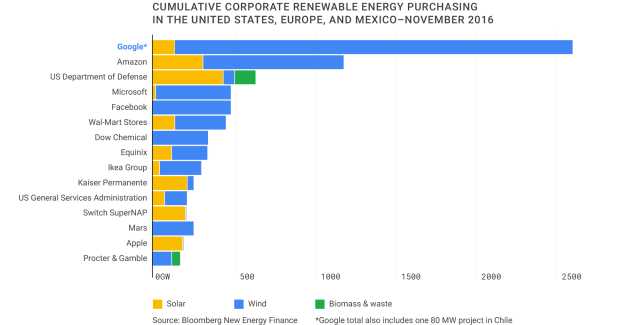