Flickr offers a look at the cameras and camera types used to upload to the platform in its year in review report.

As in previous years, smartphones are the most popular cameras. They continue to gain ground on traditional point and shoots and DSLRs.

Apple continues to dominate Flickr with 47% of all uploads coming from an Apple device. 8 out of the 10 devices were iPhones with the 6, 5s, and 6s in the top three positions. Canon came in second place with 24% of uploads coming from the brand. The Canon 5D Mark III and 5D Mark II were the only non-Apple cameras to break into the top 10. Nikon took third place with 18% of Flickr uploads. 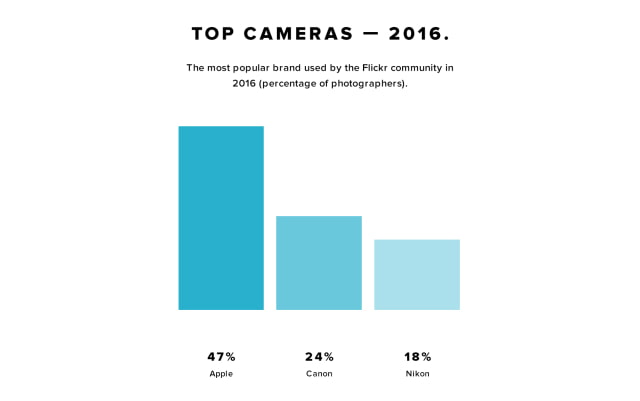 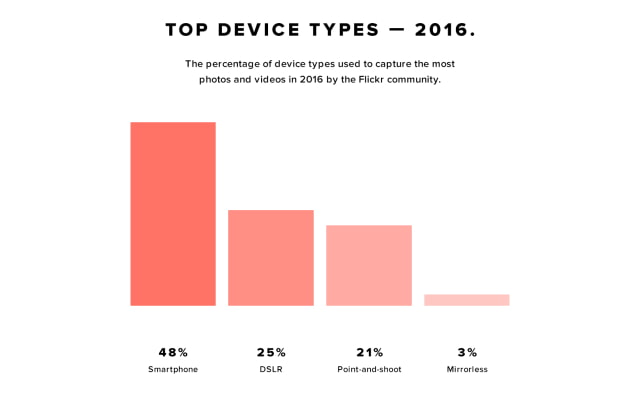 Great! - December 7, 2016 at 10:15am
Of course Apple smartphones are used most to take pictures. They produce the best pictures for the general public.
Reply · Like · Mark as Spam
Recent