Apple has announced that November 2016 was the best month ever in App Store history.

November 2016 was a record breaker for the #AppStore - the highest monthly sales ever in App Store history!

With Christmas just around the corner, we'll see if Apple is able to beat that record this December. For those interested, Apple just announced its picks for best apps, games, music, movies, podcasts, books, and TV shows of 2016. 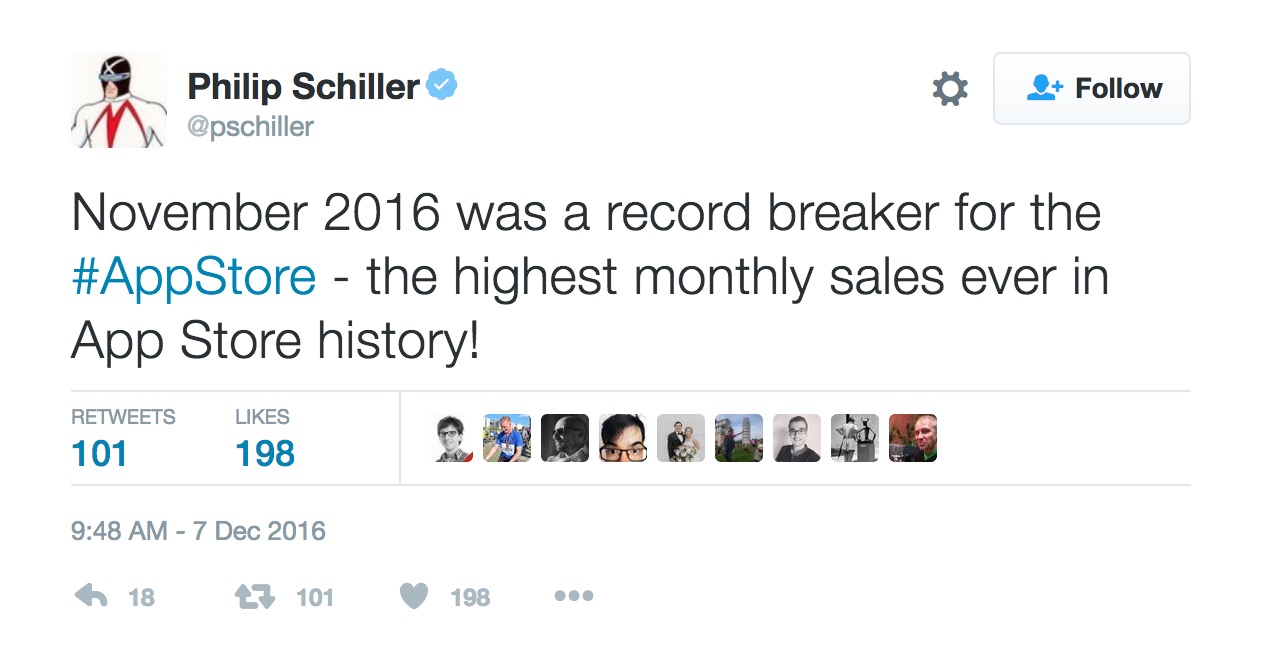