Apple is allegedly partnering with Carl Zeiss on a pair of augmented reality glasses, according to a report from Robert Scoble.

The partnership was confirmed by an employee working the Carl Zeiss AG booth at CES, says Scoble.

A Zeiss employee confirmed the rumors that Apple and Carl Zeiss AG are working on a light pair of augmented reality/mixed reality glasses that may be announced this year. (I thought it was next year but now that I saw this I believe it will happen this year).

Scoble notes that despite the Zeiss booth being located right in the middle of the augmented reality area there was no AR to be found.

Carl Zeiss is in the AR part of CES. But it is NOT showing off its mixed reality optics. Why not? I said "Tim Cook didn't let you" and the employees around me smiled nervously.

Interestingly, this corroborates a recent Bloomberg report which said Apple is considering an expansion into digital glasses. The glasses reportedly would connect wirelessly to iPhones, show images and other information in the wearer’s field of vision, and may use augmented reality. 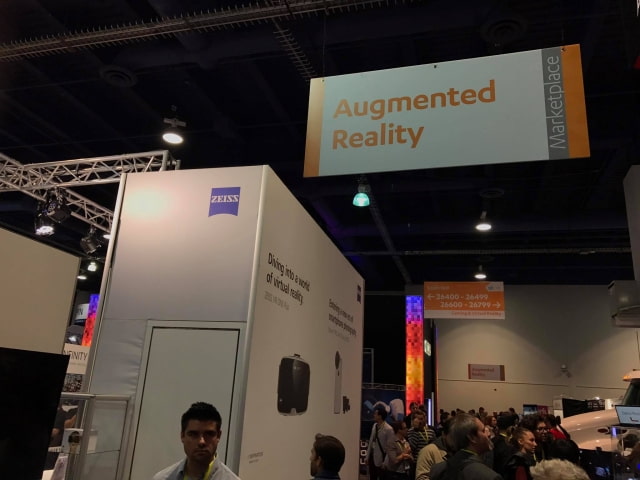