Apple has filed a patent for a MacBook housing that is powered by a docked iPhone or iPad. The patent entitled, 'ELECTRONIC ACCESSORY DEVICE' was filed September 20, 2016.

It details a laptop style housing having a recess in which you can place your iPhone or iPad. In one embodiment, the housing could have limited or no data processing resources but have output resources such as a screen and input resources such as a keyboard. It could also have memory resources. Once docked the two devices would operate as a single computational entity with the iPhone carrying out substantially all intensive computational processing.

Laptop accessory shells already exists. For example, the HP Elite x3 Lap Dock or the Miraxess Mirabook. However, it's unclear if Apple has any plans to bring this type of product to market. 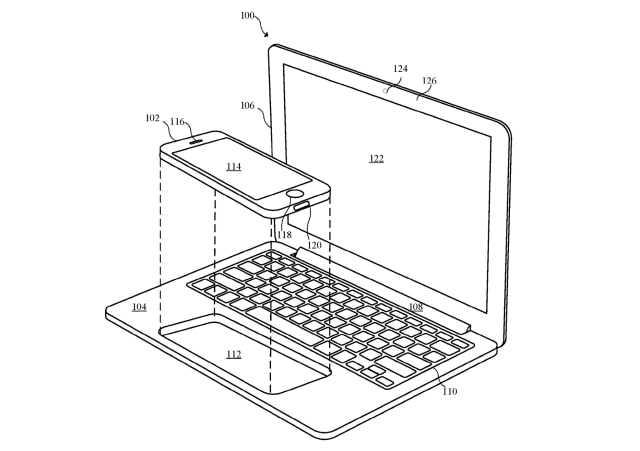 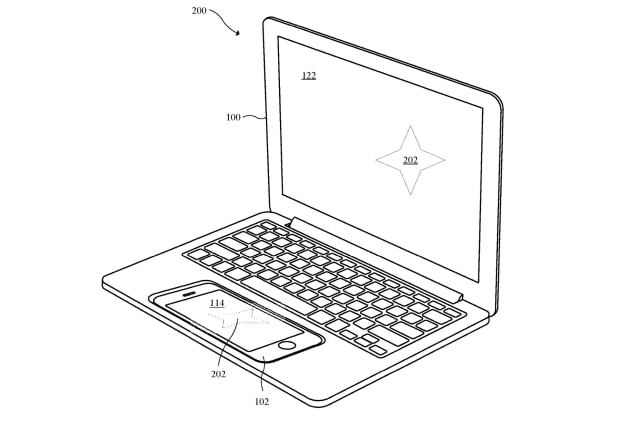 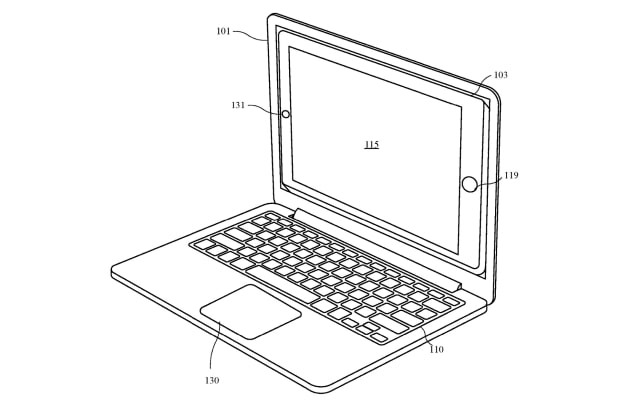 Peter9987 - March 26, 2017 at 12:47pm
Too bad the mac will only fit the iPhone 8. But I guess it makes sense that the iPhone 7 and this mac cannot be integrated since the upcoming iPhone 8 is "the best iPhone ever built" #AppleLogic
Reply · Like · Mark as Spam

FTW - March 23, 2017 at 5:09pm
It could be like an all-in-one protection against damages like a shield for th iPhone and iPad.
Reply · Like · Mark as Spam
Recent