Apple has just been identified as the owner of the ApplePico.com domain, reports MacRumors.

We noticed today that Apple's name has appeared in the public WHOIS listings for applepico.com, a domain that has been controlled by MarkMonitor for a number of years but which neither hosts its own content nor redirects to any other site at the present time. Given that the domain has been associated with MarkMonitor for many years, it is possible that Apple has owned the domain right along, but it is somewhat odd that the WHOIS listing was modified today to make Apple's position as registrant publicly visible.

Interestingly, in April an Apple patent application revealed that the company is working on hybrid projection systems which could be used in various devices including the MacBook.

It's unlikely that this domain is of immediate importance; however, Apple may have plans for it in the future. 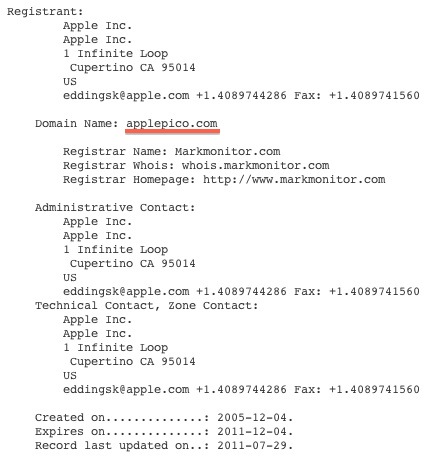