Apple has taken steps to obscure future device hints in iOS with its release of iOS 5.1 Beta 2 today, reports MacRumors.

Configuration files in each version of iOS used to contain entries that referred to future and current iOS devices. For example, a reference to 'iPhone 4,1' became the iPhone 4S, etc.

With today's release of iOS 5.1 Beta 2, Apple has added numerous fake references to devices that don't exist and likely never will.

One file in particular, USBDeviceConfiguration.plist, had formerly listed about two dozen different device variants. As discovered by Mark Gurman, that list has now ballooned to well over 100 such entries as Apple has seeded it with dozens of new fake references to such future products as "iPad10,1", "iPhone11,3", "iPod11,1", and "AppleTV8,3".

This is clearly an attempt by Apple to make it more difficult to figure out which reference is a real product. 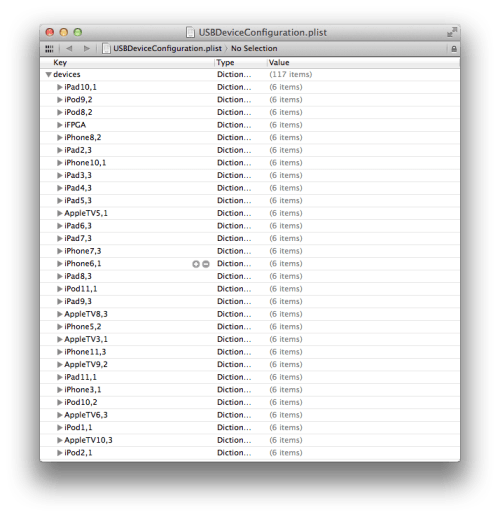 snarky but actually sadly true - December 13, 2011 at 2:38am
from Ives' hacked account as of two days ago: "our products represent the birth of consciousness, the time before time. It's a revolutionary time. A time before time, even. A time where revolution even begets revolution, and even a time before time. Our products introduce, in fact, a fact that is a revolutionary time that times revolutionize evolution. Evolving time and in fact, fact. Facts, in fact- faction facts,timing time in revolution. Only revolution in times of fact, timing only time, will tell the revoilution, what in fact is in and times faction only what is in time, factually revolutionary. So only time will tell what is what in time and in time only tell is so, revising what has been told. Hang tough tellers of truth. Only tell will time.
Reply · Like · Mark as Spam