Apple's massive air freight deal for the iPad 3 has resulted in spikes of as much as 20% for others trying to ship, reports AppleInsider and MacRumors.

AppleInsider has been told that shipping company DHL is prepared to handle massive shipments from Apple. One person who contacted AppleInsider said that changes to the price of air cargo through DHL have signaled a major planned Apple shipment from China to the U.S.

MacRumors also heard from a shipping representative that his freight broker in China had been scrambling to find space for shipments with rates rising 20% in one week after Apple took up available capacity at 'premium rates'.

Another shipping manager told us a similar story today, with his company being unable to find space with its usual carrier due to Apple's demand and having to scramble to find alternatives for moving products overseas.

It thought that Apple is planning to have the next generation iPhone become available very shortly after its unveiling on March 7th. 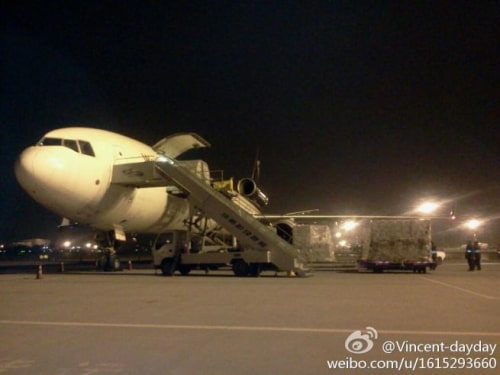 Tyron - March 5, 2012 at 7:55pm
Who the fu*k is so sick and need to know this info when iPad 3 will leave China. Guys you are sick and visit doctor. iClarified, i start to hate You with every day more and more because of this rubbish informations :(
Reply · Like · Mark as Spam