Unsurprisingly, Apple and Samsung were not able to find a compromise during moderated settlement talks, reports The Korea Times.

Samsung CEO Choi Gee-sung and Shin Jong-kyun, head of the firm's mobile division, left Seoul Sunday for the United States to meet Apple CEO Tim Cook by order of the Northern District Court of California, in an attempt to settle the patent fight without going into costly legal proceedings.

The two technology giants could find no clear agreement through the talks, according to a Samsung official. Apple Korea declined to comment on the matter.

This was the expected outcome of the talks since neither company has shown much willingness to negotiate with the other. 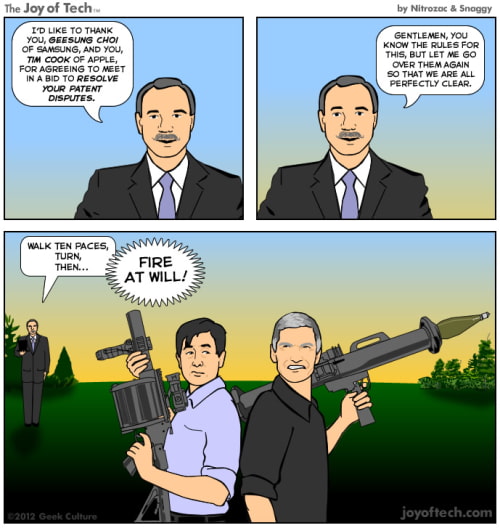 Hu Jin Tao - May 24, 2012 at 9:46am
Fuck korean vegetable sellers! Apple plenty of peeps want your business
Reply · Like · Mark as Spam
Recent