Choi Gee-sung has stepped down as Samsung's CEO and Kwon Oh-hyun, head of the company's chip and liquid-crystal-display units, has been named as his successor, reports the WSJ.

Samsung said the leaders of the consumer-product divisions, including TVs and phones, won't report to the new CEO, Kwon Oh-hyun, who has led Samsung's chip business since 2008 and took control of its display-components business last year.

Chairman Lee Kun-hee will play the decisive role when the component and consumer product sides of Samsung conflict. Amid a parade of CEOs, Mr. Lee has long been Samsung's most important executive, wielding considerable influence even when taking a less active role in the company's day-to-day work.

Mr. Kwon will handle "corporatewide affairs" and likely play a bigger role in matters such as litigation with Apple. He joined the company as a chip engineer in 1985 and became a senior executive in the business in 1992.

Mr. Choi will lead an unofficial office from which Samsung asserts control over about 60 affiliated companies through a complex web of investments. 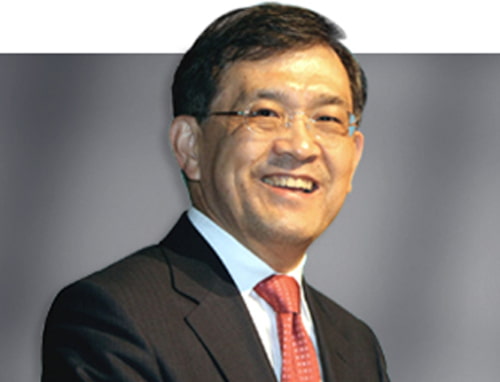 Samsung=Shiite - June 7, 2012 at 3:44pm
Do us a favor an throw yourself out of a tower block like some of your fellow Koreans have
Reply · Like · Mark as Spam

Emad Shaabani - June 7, 2012 at 7:49pm
First of all you are behaving like a child. Why do you want the Samsung CEO go and kill himself? And second of all japanees and kinees workers have been committing suicide lately not koreans. Why do people don't understand that competition lead to greater and more invovativ products? Good artists copy great artists steal http://www.youtube.com/watch?v=CW0DUg63lqU
Reply · Like · Mark as Spam

Samsung=Shiite - June 9, 2012 at 9:18am
First of all I'm am not behaving like a child.. Just because a few gooks in Foxconn have been killing themselves the media have missed this ...http://en.m.wikipedia.org/wiki/Suicide_in_South_Korea And why are you quoting me a old SJ line
Reply · Like · Mark as Spam
Recent