The site asked him if the A6 chip was capable of dynamically overclocking to which Poole answered, "I don't believe the A6 has any form of processor boost. In our testing, we found the 1.3GHz was constant regardless of whether one core or both cores were busy." 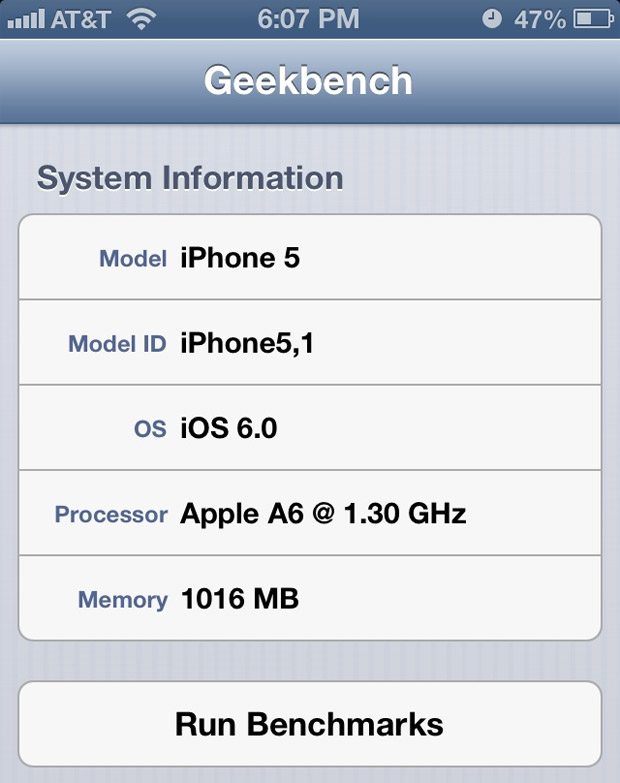 SamSh1tS3 - September 27, 2012 at 8:43am
If you did the research instead of telling others to do it for you, you would already known that chppwn already jailbroken the iPhone 5. Not so dead kid.
Reply · Like · Mark as Spam
6 More Comments
Recent