Apple has added the Samsung Galaxy S4 to its lawsuit against Samsung and is also alleging that Google Now violates its patents, according to a FOSS Patents report.

Here's the patents that Apple references:

● U.S. Patent No. 5,946,647 on a "system and method for performing an action on a structure in computer-generated data" (which I dubbed the "data tapping" patent, a term many reporters have since adopted)

Originally Apple asserted patents '604 and '959 against the Android Quick Search Box but it is now updating its infringement contentions to apply to the newly released Google Now. 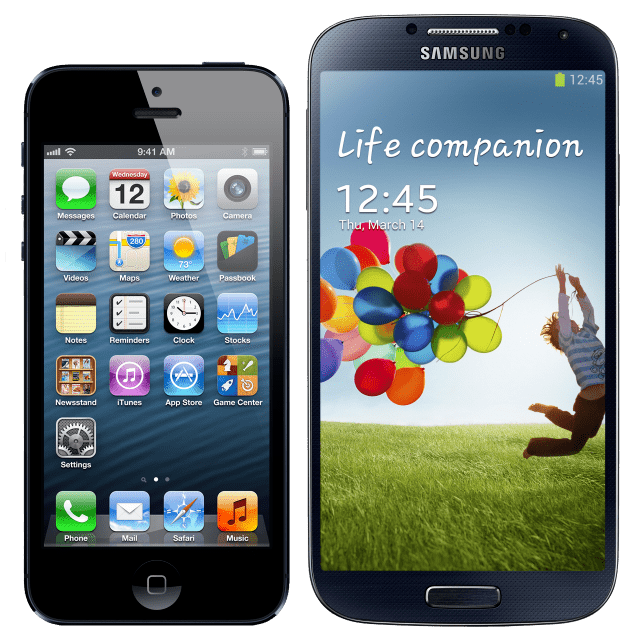 iHateEverything - May 23, 2013 at 6:05pm
so they don't like a competition ahh... poor apple industry... your innovation is dead... where's the new idea's? how about new technology? since iphone 4 to iphone 5(recent) nothing changes? your quality? damn.. is getting low.. and going on and going on.. made in china , warranty changes like repair on site, easy broken home button, power button and easy to scratch and too much restricted to the user, how about get a pre-installed cydia and get your own life.. and start inventing new things and stop suing anyone! be competitive, dont be idiot especially of APPLEFANATICS
Reply · Like · Mark as Spam
0

Perone - May 23, 2013 at 12:51pm
Wow, that's actually funny. All Apple does is sue, they're grasping at strays trying to get a monopoly on the Smartphone industry. They should just stop, breathe, and focus on creating better phones. If Apple put as much into R&D as they do into researching their patents and filing lawsuits, they'd be the #1 brand in the world. Oh well, as long as they're focussed on being petty, they'll always be stuck where they are.
Reply · Like · Mark as Spam
0

David - May 23, 2013 at 7:23pm
What would you say Apple's most innovative year was? Because if you are looking at strictly the R&D budget to determine how innovative a company is, then 2013 should be the most innovative the company has ever been. With their R&D budget nearly exceeding $4 billion (back in 05 it was only $500 million) it's obvious that they are in fact researching new innovative ideas. Patents are set up to help companies get value out of their research and development, but if other companies violate those patents, the patents become less valuable and therefore the incentive to innovate is minimized. Since Apple is widely regarded as the most powerful brand in the world (contrasting what you believe), I don't see why it is such a big deal that they are suing companies for violating the patents that will help them stay the most powerful.
Reply · Like · Mark as Spam
0