The touchscreen found in the iPhone 5 is far faster than any Android or Windows Phone device, according to a report from Agawi and relayed by VentureBeat.

In its first TouchMarks benchmark test, the iPhone 5 responded to touches at an average time of 55 milliseconds, compared to 85 milliseconds for the iPhone 4. The closest Android device was the Samsung Galaxy S4 at 114 milliseconds.

“Apple trounced the competition,” said Peter Relan, chairman of Agawi. “There is this whole other dimension of responsiveness that Agawi cares about.”

Other devices tested include the Google MotoX, HTC One, and Lumia 928 which came in at 117 ms.

“Even a two-year old iPhone 4 beat out the other Android devices,” Relan said. “You expect this from Apple’s design team, while others may view their responsiveness as good enough. Now we know why the Android touch keyboard is not as snappy.”

“App responsiveness is judged by how quickly the app can respond to your inputs,” said Rohan Relan, cofounder and CEO of Agawi. “Smartphones with touchscreens that have lower MART scores feel snappier. This is probably why, to many users, the iPhone keyboard feels more responsive than an Android phone keyboard.”

Agawi says it will make the TouchMarks benchmark and methodology available on its web site for those interested. 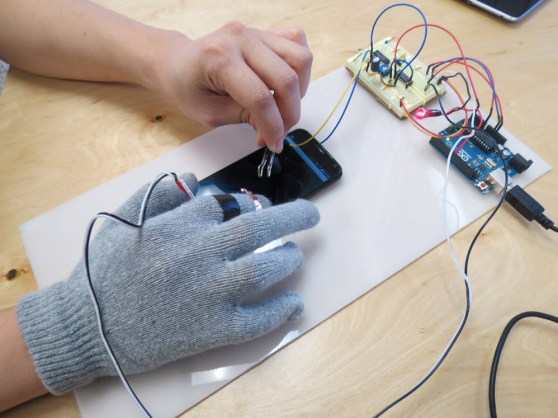 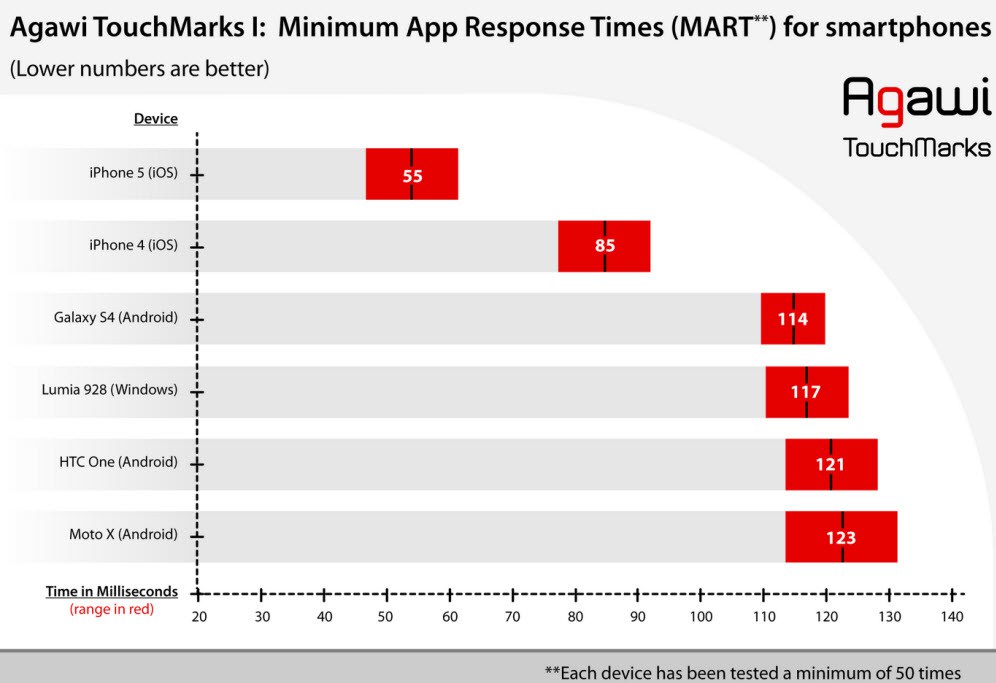 Martin Manhart Dietz - September 30, 2013 at 5:23am
I have always been a Android guy, but I must admit that Apple always has been more snappy. My GF's iPhone 4S reacts way faster than my Galaxy S4. Disappointing I must say.
Reply · Like · Mark as Spam

TheRealNoGoodNick - September 30, 2013 at 11:16am
You're saying apple is snappy yet they won awards for a reason, if you are jealous, switch already, iPhone has and does more! I used the galacrap, never again!
Reply · Like · Mark as Spam

Martin Manhart Dietz - November 4, 2013 at 6:31am
I don't want to switch because of the screen size, and the fact that I bought many apps for android. Just because iPhone is faster in reaction time, doesn't make me want it, just hope that android phones will follow in the future. The freedom of an android phone is more important to me ;)
Reply · Like · Mark as Spam

The Real NoGoodNick - November 4, 2013 at 11:56am
Well iphone 6 will be bigger this time since only picky sheeps who just want a bigger screen for a phone worry only about that and not specs!
Reply · Like · Mark as Spam