Google executive chairman Eric Schmidt claimed that Android is "more secure than the iPhone" at the Gartner Symposium/ITxpo Monday.

Schmidt made his comments after Gartner's chief of research for mobility and communications, David Willis, explained to Schmidt that Android is not secure.

"If you polled many people in this audience they would say Google Android is not their principal platform... When you say Android, people say, wait a minute, Android is not secure."

Schmidt quickly replied: "Not secure? It's more secure than the iPhone."

Reportedly, the audience laughed at Schmidt's response, as he then explained that Android's billion-plus activations put it through vigorous security testing.

Android is often criticized as being a fragmented platform, and Schmidt was quick to shoot down. "With Android we have an agreement for vendors that you keep the Android stores compatible and that is a great breakthrough for Android," he said.

Schmidt closed with saying how users "will be happier with Gmail, Chrome and Android more than you can possibly imagine" and reiterated his belief that "Android is very secure." 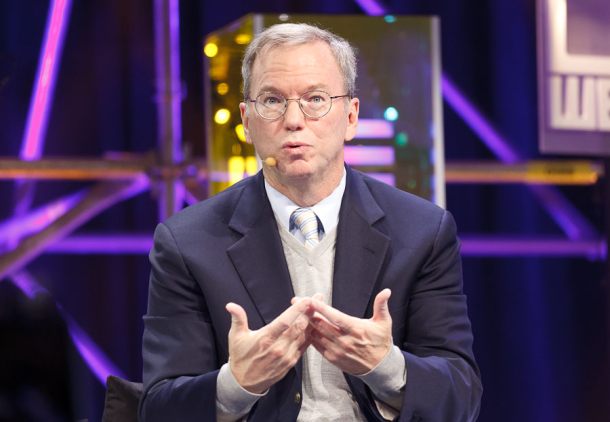 Great. - October 9, 2013 at 11:40am
Just like Qualcomm , google will eat their words and get indigestion! “The comments made by Anand Chandrasekher, Qualcomm CMO, about 64-bit computing were inaccurate,” said a Qualcomm spokesperson in an email. “The mobile hardware and software ecosystem is already moving in the direction of 64-bit; and, the evolution to 64-bit brings desktop class capabilities and user experiences to mobile, as well as enabling mobile processors and software to run new classes of computing devices.”
Reply · Like · Mark as Spam