Thieves in Germany robbed a moving truck that was carrying Apple products from the Netherlands to the Czech Republic, reports n-tv.de.

It appears the thieves pulled up behind the truck, got out of their vehicle while in motion, and used a bolt cutter to break into the truck. Around seven pallets of Apple products worth 70,000 euros were stolen. That includes 125 iPads, 4 iPad minis, 30 iPhones, and 2 keyboards.

--
Incidents of this type were known until recently, more than from questionable action movies. But in the meantime, the deeds in this pattern seem to pile up. Last spring, a series of 50 similar cases had the authorities in North Rhine -Westphalia busy. The crimes go about it, always follow the same blueprint: The perpetrators often sat down with "larger SUV vehicles in the very peak hours in the middle of the night just behind the truck," it says in the statement of Kassel police. While the driver of the Tatfahrzeugs adapts to the speed of his victim, climbing one or more offenders out of the side windows or through the sunroof and on the hood of the vehicle tracker and thus reach the Back of the truck.

There, the cargo hold door will broken, destroyed the plan lock or cut the tarp, said the investigators. " Even while driving pallets are cracked and the most handy but expensive stolen goods, usually top quality electronics from hand to hand to the back passed over the hood in the SUV. " The action would last only a few minutes to complete and is easy to miss the truck driver, as the perpetrators remained in the blind spot directly behind the rear of the truck.
--

You can check out a short video re-enactment below. 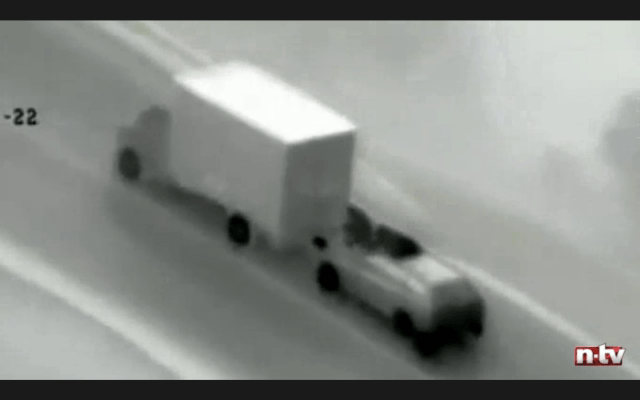 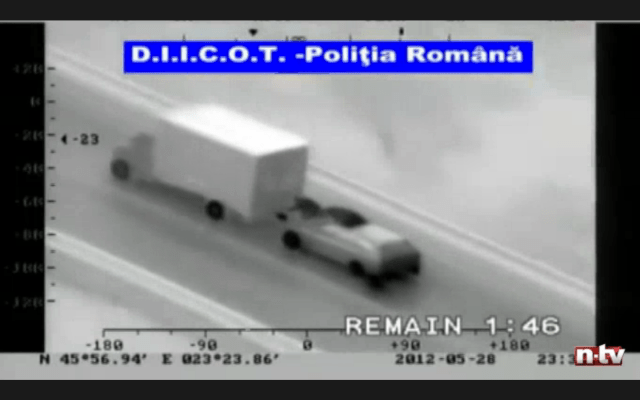 snickerbock fleaderhammer - January 16, 2014 at 7:26pm
It kind of looks like English, but this article reads like Klingon translated into Japanese, Portuguese, French, back to Klingon and then into English. Did Siri edit this?
Reply · Like · Mark as Spam