A brief comparison of Apple's iPhone and iPad sales compared to the some of the largest companies around has been compiled by Slate.

Notably, Apple's hardware business generated $1.3 billion which is more than Chiptole brought in. Apple's iTunes, Software, and Services businesses generated a bit more than eBay and the company's iPod line brought in $442 million this quarter, 77% more than Twitter's $250 million in revenue for the quarter.

Take a look at the charts below for more details.... 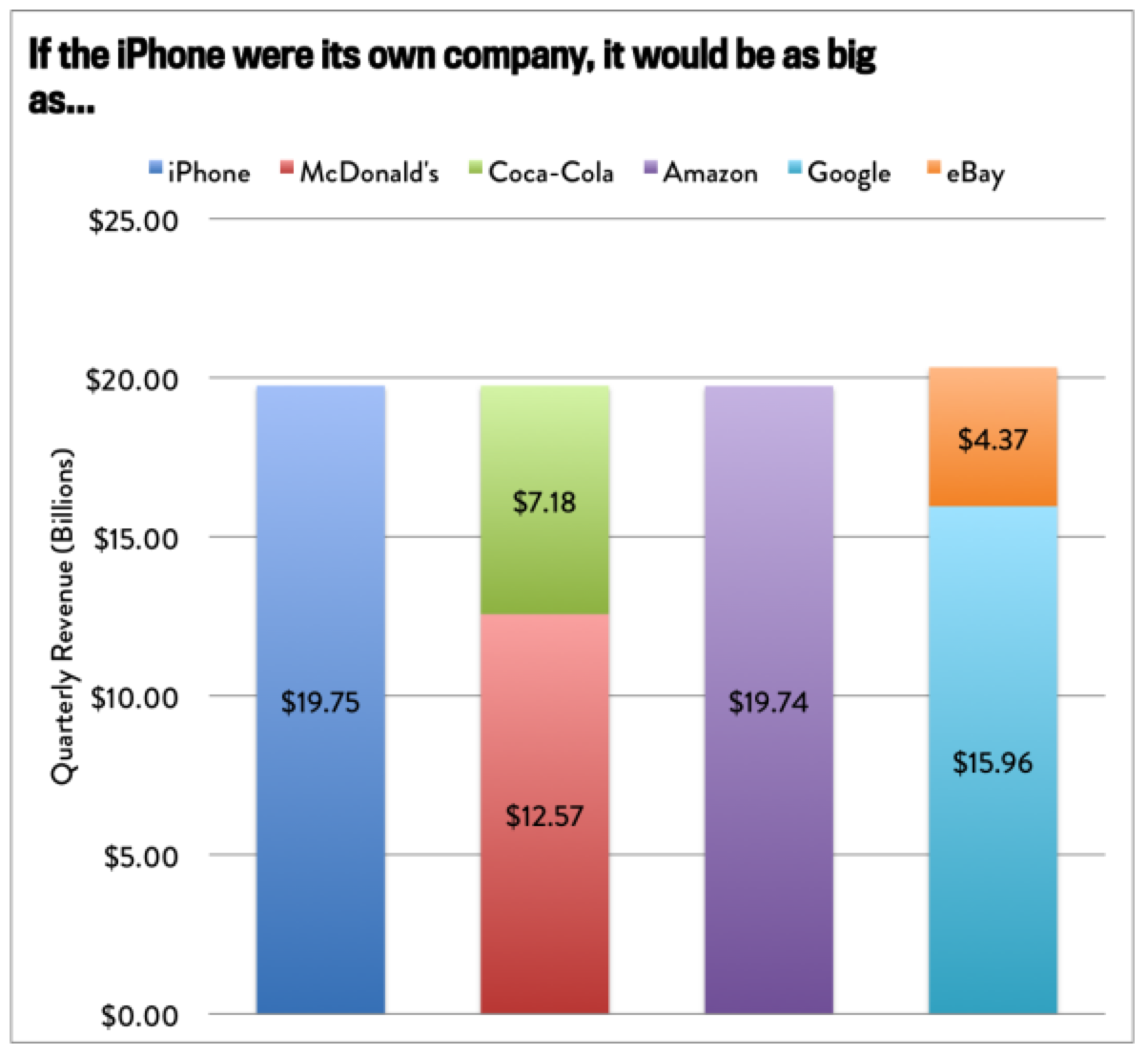 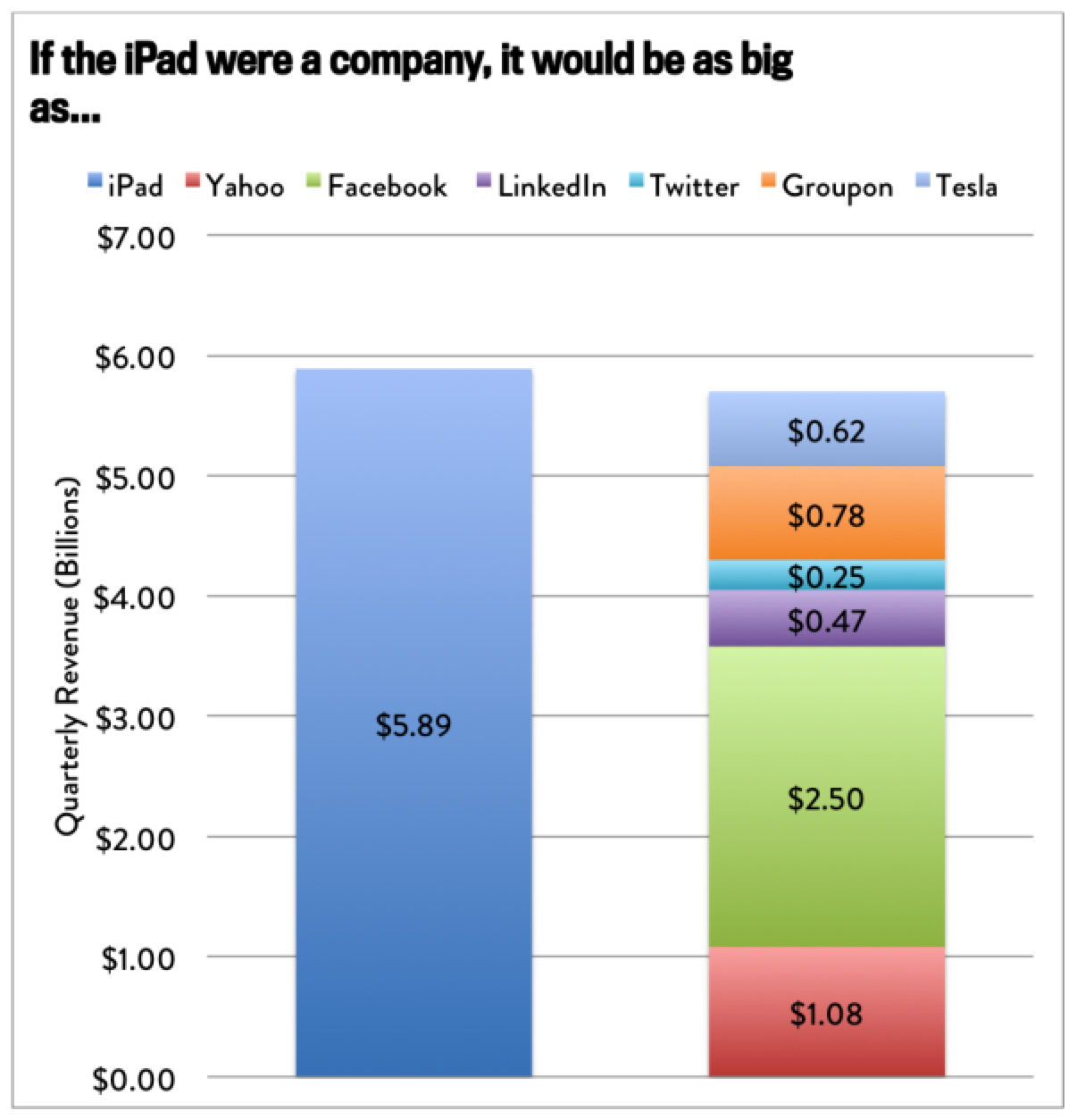 Cheat2win - July 27, 2014 at 7:57pm
Yes. M'erica. We are the best. We are the best other countries want to use our products so bad, That is why people migrate to M'erica: guns, baseball, apple pie and apple products. M'erica is the best in the world.
Reply · Like · Mark as Spam
10 More Comments
Recent