An 18-year-old New York teen is suing Apple for $1 billion, alleging the company used facial recognition technology to wrongly identify him as a thief.

Ousmane Bah believes someone used his stolen ID when they were busted stealing $1,200 worth of merchandise from an Apple Store in Boston on May 31, 2018. He suggests that Apple then programmed its security systems to recognize the person's face as his.

After the thief robbed stores in New Jersey, Delaware, and Manhatten, Bah was arrested by the NYPD on November 29th. A detective reviewing the surveillance footage from the Manhatten store concluded that the suspect "looked nothing like" Bah. Charges were dropped in every state except New Jersey where the case is still pending.

The accuses Apple of secretly using facial recognition to track and identify customers.

Apple’s “use of facial recognition software in its stores to track individuals suspected of theft is the type of Orwellian surveillance that consumers fear, particularly as it can be assumed that the majority of consumers are not aware that their faces are secretly being analyzed,” the lawsuit states. 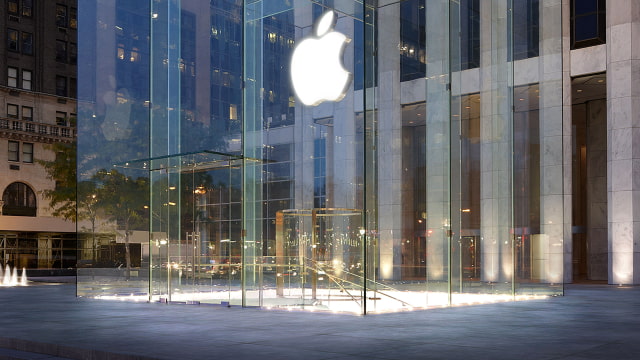 angexpress - April 23, 2019 at 5:30pm
The guy is just stirring the pot by saying FaceID was used to implicate him. Apple’s FaceID is pretty amazing, so if they had used FaceID, they would have gotten the right person. He’s suggesting Apple used FaceID, so he can get the 1 Billion headline and hope for a few hundred thousand settlement :)
Reply · Like · Mark as Spam

stevenlacross - April 23, 2019 at 3:27pm
Why do they think it was Bah in the first place, did they say it was because the real thief used Bah’s id or phone that’s got Bluetooth and beacon activated? Like how did Apple know to go after bah in the first place? Cause they have to have some other information other than, we know someone robbed us and his name is bah....
Reply · Like · Mark as Spam

1reader - April 23, 2019 at 2:34pm
“China system” style will be implemented here (in US and later all over) soon. All we need is a new “progressive” leader. Technology is almost ready for prime time.
Reply · Like · Mark as Spam
Recent