Toshiba Memory is preparing to buy back shares from Apple, Dell, Kingston, and Seagate for over $4 billion under a new refinancing plan, according to the WSJ. The U.S. companies helped a Bain Capital-led consortium take over Toshiba Memory Holdings and prevent Western Digital from gaining control of the venture back in 2017.

A package of ¥1.3 trillion ($11.8 billion) in financing to be in place soon from Japanese banks would enable Toshiba Memory to buy out the preferred shares from the four American companies, according to the people. A simplified capital structure would also make it easier for Toshiba Memory to list itself, one of the people said. The listing would allow the capital-intensive chip business to access funds from the public-equity market.

The four companies are expected to sell back their preferred shares for ¥500 billion ($4.5 billion) by the end of the month. Together they made a few hundred million on the their investment.

The refinancing plan includes loans of ¥1 trillion from the three major Japanese banks and an investment from the government-owned Development Bank of Japan worth ¥300 billion. The company plans to list in Tokyo near the end of 2019 or early next year. 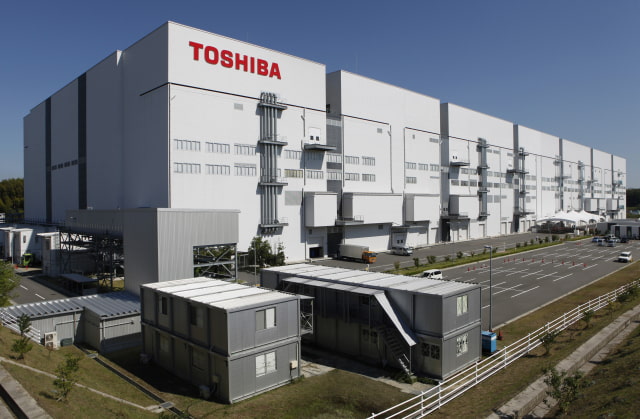