Apple in a new patent filing reveals that it is conducting research on a 3D remote control system for its Apple TV. The remote would function similar to the Nintendo Wii controller and also deliver some features akin to Apple's multi-touch technology.

The remote would have a photosensor, accelerometer or gyroscope, and detect absolute and/or relative position to an image. The remote could "zoom into and out of an image or a portion thereof based on the absolute position of the remote control in the third axis." This functionality could mimic the multi-touch technology found on the iPhone or MacBooks.

The patent also details information about the console: "Console also can have one or more connectors to which accessories can be coupled. Accessories can include cables and/or, game cartridges, portable memory devices (e.g., memory cards, external hard drives, etc.), adapters for interfacing with another electronic device (e.g., computers, camcorders, cameras, media players, etc.), or combinations thereof." 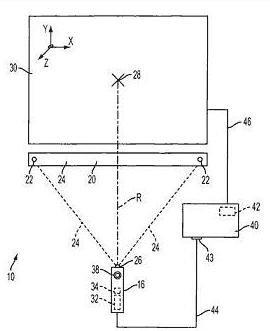 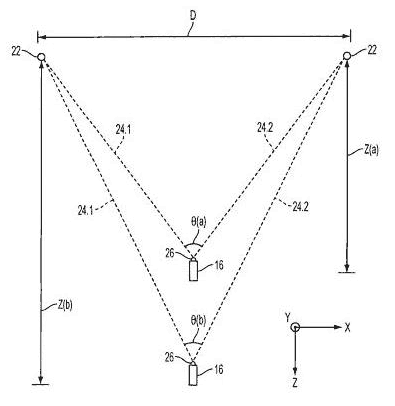