RIM has announced the acquisition of DataViz, developer of Documents To Go, a popular iPhone application for accessing Microsoft Office documents.

"RIM has acquired some of the assets of DataViz and hired the majority of its employees to focus on supporting the BlackBerry platform," the company said in a statement given to Digital Daily. "Terms of the deal were not disclosed but the transaction was not material to RIM in the context of RIM’s financial results."

DataViz recently cancelled development of Documents to Go for webOS but has yet to announce any future plans for its iPhone and Android versions. 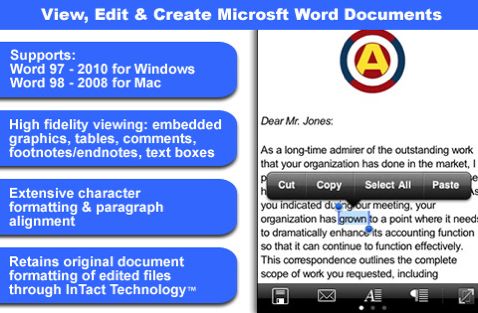