Apple may be trying to hire TechCrunch mobile industry editor Greg Kimparak, according to a Gawker report.

A reader informed the site that Kumparak was seen taking what appeared to be a job offer packet from Apple.

I'm at a restaurant/brewery called BJ's in Cupertino, which is pretty much right outside Apple HQ's front door. About one hour ago, three Apple employees came in. You can always tell because of the badges they wear on those extending cable things... What was weird was who joined them: Greg Kumparak, who writes for TechCrunch. Recognized him from his videos.

I could not hear what was going on, but about 10 minutes into the meal one of the Apple employees handed him a folder with an Apple logo on it. From what i've seen before, I'm almost certain this was an offer packet. They spent about 30 minutes talking about it. I could be wrong, but it really looked like Apple was trying to court him for a job.


It's not clear what type of job position Apple would need a blogger for. Kimparak would only say, "a few inquiries have come my way in the past couple of days". 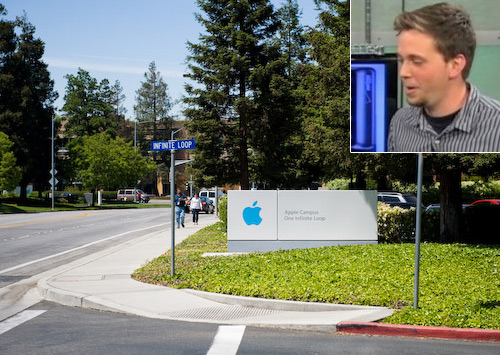