According to gdgt sources both inside and outside of Apple, after Antennagate, the iPhone engineering team identified another potential design flaw. This time it has to do with the cases themselves, and their effect on the iPhone. Apple has apparently found that non-bumper style cases, particulary those that slide onto the iPhone 4, are prone to particles getting caught between the rear of the phone and the case. This can cause scratching that could actually develop into a full cracking, or a fracture of the entire rear glass. Essentially, Apple is worried you buy a standard slide-on case, put it on, and then soon after discover your iPhone has been shattered. The last thing Apple wants is to further tarnish the iPhone brand.

According to the rumor, Apple swiftly moved to block sales of nearly all third party iPhone 4 cases. What better way to move their own bumper cases than to give them out for free? It is also rumored that the iPhone team has even created a lab and a large new test program to investigate this issue. As always, Apple declined to comment on this rumor.

So before things escalated out of control and they had "Glassgate" on their hands, Apple swiftly moved to block sales of nearly all third-party iPhone 4 cases from its stores (which it just this week reversed, but only online -- physical retail stores still aren't yet stocking cases). Internally, I've heard the iPhone team has grown to be very concerned by this issue with slide-on cases, and has created a lab and large new test program specifically to investigate this further. (If the bumper seemed like kind of an odd concept for a case when it was announced, now its design, which doesn't come in direct medial contact with either of the iPhone 4's glass surfaces, seems to make a lot more sense.) 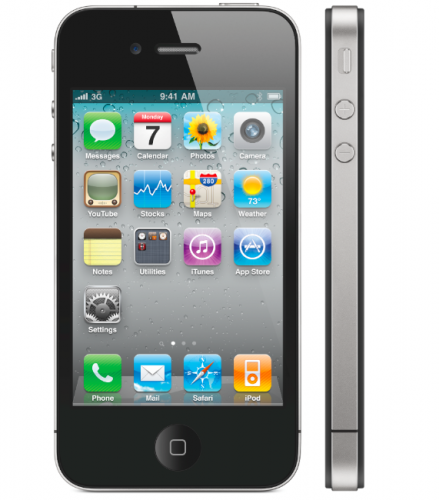 sevyn - October 9, 2010 at 12:14pm
who writes these fake articles? I never had an antenna problem, I\'ve dropped my phone, I\'ve put it front side down on many tables and have no scratches, now that I have my free case, I still don\'t have scratches anywhere front OR back. Who are these people scratching their phones?
Reply · Like · Mark as Spam

iceman121 - October 13, 2010 at 5:35pm
why would u call this a fake artical? because of the fact it did not happen to you or maybe someone you know does not mean this is fake come on now.
Reply · Like · Mark as Spam

lcurry12 - October 8, 2010 at 6:47am
Is this a joke? What competitor started this problem? Wouldn\'t it be easier to use a damp cloth to clean the phone and case every now and then?
Reply · Like · Mark as Spam

iDammit - October 8, 2010 at 7:58am
Agreed. Not necessarily a competitor though, possibly Apple just being a little too keen to prevent another media frenzy. In the end though your right, an avoidable non issue.
Reply · Like · Mark as Spam

Hal 9000 - October 8, 2010 at 11:29am
Is the price you have to pay when you are on the top and are the # 1. Everybody creates histories and lies about you, your products or your services. If there is a problem in this area the solution is simple, don\'t use a close case in your iPhone 4. it wasn\'t design in that way.
Reply · Like · Mark as Spam
5 More Comments
Recent