Apple is rumored to be in very early negotiations to acquire Spotify, a music streaming service that offeers unlimited streaming of music from selected labels, according to a TechCrunch report.

Here’s what we heard – Apple and Spotify are in on-again, off-again discussions about an acquisition, but at best it’s very early in the process. No firm price has been offered, no term sheet tabled. Still, it’s interesting that the two are talking.

Interestingly, their source says Google was previously in negotiations to acquire the service as well.

Google was going to pay nearly $1 billion for the service. Ultimately the deal went sideways because Google was demanding that all label deals be grandfathered in. And Spotify wanted a $800 million+ walk away fee if the deal faltered (Google had a similar provision in their Admob acquisition).

Spotify is hoping to launch in the USA but has run into trouble negotiations deals with music labels and possibly even resistance from Apple. 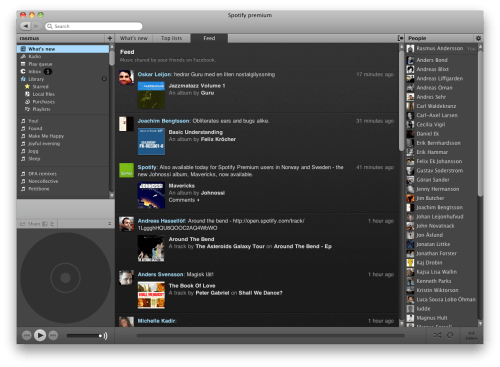