A teenager behind WhiteiPhone4Now, a site that sells white iPhone 4 conversion kits, has been accused of a selling stolen goods, according to TUAW.

Fei Lam purchases white iPhone parts directly from Foxconn, the overseas factory that manufactures the iPhone 4, and sells them to customers for up to $279 for the complete kit. Lam has sold more than US$130,000 in conversion kits, which he says will help him pay for college.

It sounds like a typical, all-American success story...but of course, someone higher up is trying to smack him down. Lam says he has received an email from a "private investigator" accusing him of selling stolen goods. "They are some kind of anti-counterfeit/trademark firm, which sounds ridiculous, similar to what Apple is bringing up to remove White iPhone 4 Listings on eBay. I don't know how this legal stuff works."

It's truly sad if Apple is going after this kid instead of the manufacturer who probably shouldn't be selling him the parts.

Even worse Apple is forcefully removing eBay listings for legitimately modded iPhones 4s by claiming the "item(s) is a counterfeit product which infringes the trademark owner’s rights". This despite the auction clearly listing the iPhone as being modded to be white rather then being a real white iPhone from Apple. 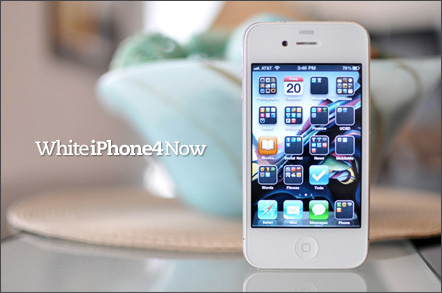 Solution - May 27, 2011 at 12:21pm
Apple is already taking care of it, so the guy will have to pay those money to Apple, and not for college. $279 for the kit? Are you kidding me? I doubt that the guy was getting the kits from Foxconn. I guess that the Foxconn would never work with the guy from the street directly, especially when it violates the contract with Apple. This was just another scam and I\'m sure the kit is not original Apple or Foxconn product.
Reply · Like · Mark as Spam

Kroo - November 18, 2010 at 1:29am
The fact these parts aren\'t licensed for sale should ring alarm bells. Counterfeit or stolen, it\'s still not on. Anyone who makes a product gets the right to choose who sells their stuff. And if they\'re knock offs, then it\'s counterfeiting. Black and white, so to speak......
Reply · Like · Mark as Spam

Joe N. - November 17, 2010 at 8:55pm
Seriously? Apple has to be the so called \"private investigators\" and are gonna take this kid down too? They act like selling these parts will hurt their company or something. Just like what happened over at Gizmodo.
Reply · Like · Mark as Spam

enrico - November 17, 2010 at 5:07pm
This all makes complete sense now. Foxconn sold the parts because the white iPhone 4 GSM plans are scrapped. I believe Verizon has paid to be the releasing agent of the white iPhone 4. Since they\'re getting the device some 6-8 months late, they need a draw. Having the only (legit) white iPhone 4 on sale is that draw...
Reply · Like · Mark as Spam