Apple is trying to put an end to unlocking by requiring that all new handsets be activated at time of purchase, according to AT&T's President of National Distribution Glenn Lurie.

Lurie told Gizmodo that there will be no in-home activation for iPhone 3G—it does require a two-year contract, and it will have to be activated in store (at AT&T or Apple Store), which takes 10-12 minutes, meaning that first day line is going to SUCK. And you will have to camp out, since there won't be any online ordering at launch.

Gizmodo is also now reporting that "AT&T and Apple are working on a form of penalty for users who don't activate their iPhone within 30 days of purchase." Another obvious attempt at hindering unlockers! 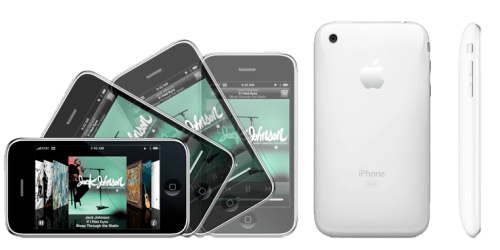 doda - June 15, 2008 at 6:21pm
I hope that Apple will sell the Iphone on line and they wont oblige people to sign a contract to buy it, Please Job, make the world happy not only AT&T, FREE THE IPHONE.
Reply · Like · Mark as Spam

flowerinline - June 15, 2008 at 12:47pm
I was just reading this: www.freetheiphone.org and please visit also, www.appleiphonelawsuit.com/videos.html it is serious, maybe if all costumers round the world or at least in US fight and make a lawsuit to apple it will be free, it is not normal that they give to only ATT this exclusivity. LET\'S FIGHT
Reply · Like · Mark as Spam

GodFather - June 10, 2008 at 1:35pm
I think its AT&T that is the one trying to put an end to unlocking the iPhone not Apple....Apple get paid rather the person sign contracts or not.... this \"required contract\" looks & smells like a law suit waiting to happen. I mean isnt the iPhone a multi-device? Cant the iPhone be purchased to only be used for the WiFi, iPod, video, games, weather, stock, and GPS? I think someone should look into this and screw AT&T for trying to screw with us (the customers)..
Reply · Like · Mark as Spam

floweronline - June 10, 2008 at 1:17pm
At the begining apple will make the phone unhackable and then the marketing strategy will begin again, I am not worried about it, in one month after people have bought huge quantities it will bought in apple again but without forcing people to make a contract, that would be suicidal for apple who sold about 6 millions iphones till now, so I think everything is calculated.
Reply · Like · Mark as Spam

Luis - June 10, 2008 at 12:42pm
Im pretty sure that is not happening, it would be suicide for Apple, and a lost war on taking over the cell phone war around the globe. Everybody want´s an iphone and the few who are still skeptical about it who bought the ·3G blackberry are probably biting their balls right now cause of the upgrades the new iphone brings will eat it for breakfast. So if they are blocking the unlocking, they will loose ground for sure
Reply · Like · Mark as Spam
10 More Comments
Recent