Anker Charging Accessories On Sale for Up to 37% Off [Deal]

The iPhone 5 will get a complete redesign, the iPad will get a Retina Display, and the Apple TV will get 1080p video, according to an Engadget report.

The site claims to have concrete information from reliable sources about the upcoming devices.

iPad 2
Apparently the mockups which have received so much press coverage of late are very early versions of the device and contrary to rumor, the new iPad will arrive in April. The display will sport a new technology similar to the Retina Display and be "super high resolution". It will get front and rear cameras, and feature an SD slot. "In fact, see that weird notch in the photo below? That's where the SD part will be located."

iPhone 5
Engadget's sources report that the iPhone 5 will be a completely redesigned handset and will launch this summer. It is already being tested by senior Apple staff on campus only. It is said to be running a new A5 CPU and will also sport a Qualcomm chipset that "does triple duty as the CDMA / GSM / UMTS baseband processor -- from what we hear there's no LTE in the mix at this point."

Apple TV
Apple is also said to be working on a next generation Apple TV that will feature the new A5 processor as well. "The CPU is said to be blazingly fast, cranking out 1080p video 'like running water.' It's likely that the A5 will make it into the iPad 2 as well, but we have yet to confirm that" 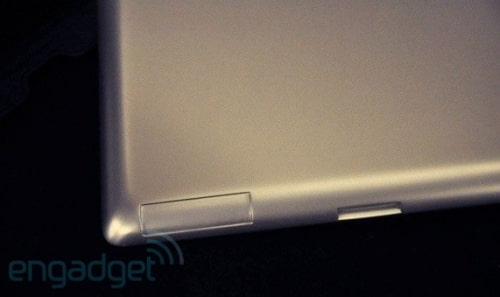 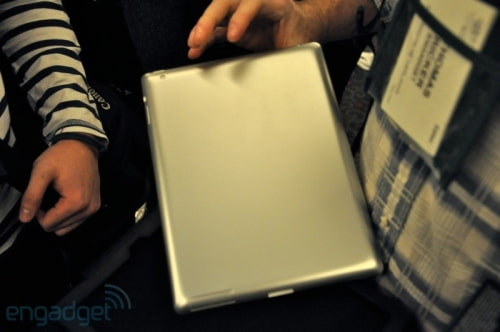 SunLizard - January 15, 2011 at 3:50am
Here's my call: Iphone 5 - CDMA/GSM makes sense for production, but the current processor they're using for wifi/GSM module I don't think has license for CDMA. You don't want to vary the models 'cause you start losing cash. Antenna configs also different. I'm 70% they'll keep 2 seperate hardware designs for thier non LTE offering. Ipad 2 - Yes on retina (or retina like) display. No on SD slot (as much as I'd like it to be so.) I'm still calling bullshit on rear cam- I mean.. why? who wants to hold a book object up to snap a pic? Not much sense in it. FFC - yea. it was an omission on the last model. A5 processor... yup. AppleTV 2.5 - BS. They haven't established their Market in the TV2 generation. I'd really like it to be so, I love my 1080, but there is no reason right now.They haven't got their dime out of this generation yet. I'm thinking they will let the tv2 ride until next year at least, regardless of what they could do.. Engadget is just creating speculation.
Reply · Like · Mark as Spam
0

Sergioo - January 15, 2011 at 9:30am
I'm gonna' have to agree with SunLizard on this one. As i commented on a similar topic here before, Apple is all about ergonomics and usefulness. Who's gonna' walk around with a magazine shaped device making pictures with it? It's not useful. As for the display, i reckon it would be the same implementation as in the iPhone 4, why not?
Reply · Like · Mark as Spam
0

brandycmc - January 15, 2011 at 11:43am
Good call SunLizard. Very similar to my thoughts, with the exception of the combined CDMA/GSM/UMTS comms chip which I think is almost cert. SD card rumour confuses me though. If that slot in the bottom is where the card goes, where is the dock connector? So I don't buy that one... yet. Rear camera is so cheap nowadays, I don't see why they wouldn't fit one. But concur that it has more limited use cases than the FFC for VC. As for the 1080 ATV, there is one scenario where it would make sense... If Apple thought that in today's world of 1080-everything, the reason the ATV2 wasn't selling was because it didn't support 1080. I'm not totally convinced that this is the case, but at least that logic would make sense. Personally, I think that if they went 1080, then they'd have to compress the hell out of their streaming movies to allow it to get down the current 'average' ADSL pipes (circa 5Mbps)... so the 1080 quality wouldn't be that much greater than the current 720, but at least it would be a good marketing spec.
Reply · Like · Mark as Spam
8 More Comments
Recent