Apple is reportedly in negotiations with music labels to allow for unlimited downloading of purchased tracks, according to Bloomberg.

Apple is negotiating with music companies including Vivendi SA (VIV)’s Universal Music Group, Sony Music Entertainment, Warner Music Group Corp. (WMG) and EMI Group Ltd., said the people, who asked for anonymity because the talks are private. An agreement may be announced by midyear, two of the people said.

This would give iTunes customers a permanent backup of their music purchases and let them download purchases directly to their other devices without the need to sync.

The new download policy is reportedly one of several service changes Apple is exploring. Improvements to the capabilities of Apple's MobileMe service and reductions in its pricing are also being considered. 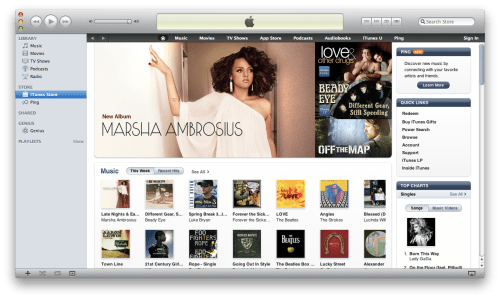 Alexx - March 4, 2011 at 8:34pm
If I could have a guaranteed back up of my songs purchased from Itunes I would spend a lot more money there instead of using torrents or frostwire. I've lost plenty of CDs and songs I purchased on Itunes.
Reply · Like · Mark as Spam
0