There has been a lot of talk surrounding Apple’s personal hotspot feature, specifically it’s capability of only supporting 3 wireless connections (as opposed to 5 like many other devices). Well, we have been told it’s all left to the carrier to decide. If a carrier requests it, five devices will be supported, but by default, it’s three.

Oh, and we’ve also been told iOS 4.3 will be available for download publicly at 10AM PT today. Fire up iTunes and get your update trigger-finger ready!

Apple publicly announced that it will release iOS 4.3 on March 11th in a press release. "iOS 4.3 will be available to iPad, iPhone and iPod touch users as a free software update on Friday, March 11." However, BGR has correctly predicted release times in the past.

Update:
The Loop is reporting that the update may actually come tomorrow instead.

The speculation of iOS coming early seems to be solid, it’s just the day that’s off. If I were sitting waiting for iOS 4.3 to hit, I’d be ready tomorrow. 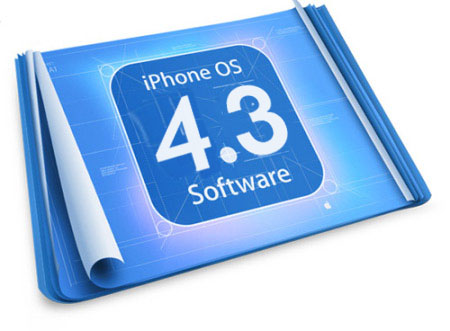