Geohot allegedly lied about creating a PlayStation Network account and has now fled the country, according to Sony.

Escapist Magazine reports that court documents filed by Sony claim Geohot altered his hard drives prior having them inspected, lied about creating a PSN account, and has now left the country in order to "dodge" further court action.

"After Magistrate Judge Spero ordered an inspection of Hotz's devices and ordered Hotz to appear at a deposition in California, SCEA learned that Hotz had deliberately removed integral components of his impounded hard drives prior to delivering them to a third party neutral and that Hotz is now in South America, an excuse for why he will not immediately provide the components of his hard drives as requested by the neutral," the motion read. "Hotz's attempts to dodge this Court's authority raise very serious questions."

Sony also believes it has proof that Geohot created a PlayStation Network account.

"Hotz identified four PS3 Systems in his possession," the motion said. "He explained that he had purchased one of these consoles new in February 2010 and provided the serial number for that console. SCEA used that serial number to determine that on February 25, 2010, Hotz purchased the PS3 System at a Gamestop store just miles from his home. CEA's records show that the same PS3 System was used on March 10, 2010 to create a PSN account under the user name 'blickmanic.' The IP address associated with the registration is located in Glen Rock, New Jersey, where Hotz lives."

Of course Sony is clearly trying to paint Geohot in a bad light. This case will likely drag on for months and we really can't see any reason for Geohot to flee, especially considering he has raised the funds necessary for his defense. If anything Geohot seems very excited about the prospect of defeating Sony in court. Perhaps he is trying to take a vacation from all the drama!

"Factually, it's true I'm in South America, on a vacation I've had planned and paid for since November. I mean, it is Spring break; hacking isn't my life. Rest assured that not a dime of legal defense money would ever go toward something like this. And of course Townsend loves the idea of painting me as an international fugitive. I have been in contact with my lawyers almost every day; I would not let the case suffer. That said, I also won't let this ridiculous lawsuit run my life either. Then the fearmongerers win.

I will be back, I hear it's hard to come by the Xperia Play down here." 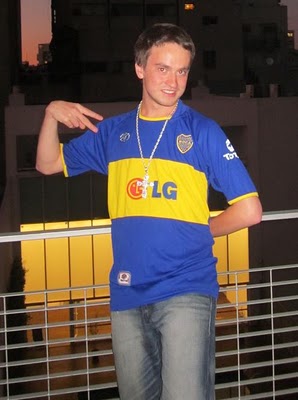 BlackManSticksOneUpGeoHoz - March 24, 2011 at 1:20pm
So you can afford a hoilday, but your moaning and bitching for money to pay for legal fee\'s yeh k.
Reply · Like · Mark as Spam