Sony and Geohot have settled a lawsuit over the jailbreak of the PS3 with Geohot consenting to a permanent injunction as part of the deal.

Here is the joint press release issued by Sony and George Hotz.

-
Sony Computer Entertainment America ("SCEA") and George Hotz ("Hotz") today announced the settlement of the lawsuit filed by SCEA against Hotz in federal court in San Francisco, California. The parties reached an agreement in principle on March 31, 2011. As part of the settlement, Hotz consented to a permanent injunction.

Both parties expressed satisfaction that litigation had been quickly resolved. "Sony is glad to put this litigation behind us," said Riley Russell, General Counsel for SCEA. "Our motivation for bringing this litigation was to protect our intellectual property and our consumers. We believe this settlement and the permanent injunction achieve this goal."

"It was never my intention to cause any users trouble or to make piracy easier," said Hotz, I'm happy to have the litigation behind me." Hotz was not involved in the recent attacks on Sony's internet services and websites.

In the action, SCEA accused Hotz of violating federal law by posting online information about the security system in the PlayStation 3 videogame console and software that SCEA claimed could be used to circumvent the security system in the console and allow the playing of pirated videogames. Hotz denies any wrongdoing on his part. Hotz's motion to dismiss for lack of personal jurisdiction was still pending before the federal court in San Francisco but a preliminary injunction was issued requiring Hotz to take down the postings challenged by SCEA.

"We want our consumers to be able to enjoy our devices and products in a safe and fun environment and we want to protect the hard work of the talented engineers, artists, musicians and game designers who make PlayStation games and support the PlayStation Network," added Russell. "We appreciate Mr. Hotz's willingness to address the legal issues involved in this case and work with us to quickly bring this matter to an early resolution."
-

Today Geohot made the following comments on his blog.

As of 4/11/11, I am joining the SONY boycott. I will never purchase another SONY product.

I encourage you to do the same.

Why would you not boycott a company who feels this way about you?

There is much more to come on this blog. 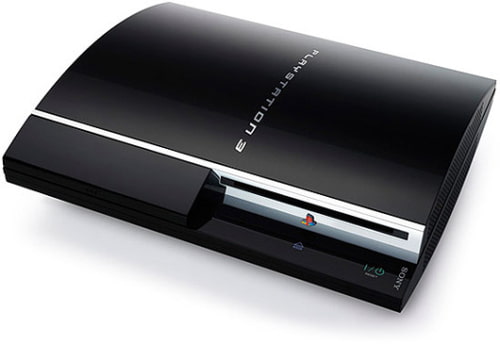 MINE - April 12, 2011 at 8:39am
I noticed he said, he will never purchase another SONY product. So I guess, the injuction, means he can\'t buy SONY products anymore. What if he gets one as a gift? Is it that he can\'t use another SONY product ever again. If he has a SONY TV is he supposed to get rid of it? SONY gonna pay his bill to get a much better Panasonic or Samsung? He can\'t play PLAYSTATION 4 when it comes out? Can he play his neighbour\'s, or sibling\'s PS4? dumb settlement! and for SONY, I live outside the US where they have no corporate presense (not to mention the law here is pretty backward, so this case wouln\'t have even been for at least a year after filing) so I\'ma be hacking away at all their shit...come sue me nah? lololol....I love SONY products!
Reply · Like · Mark as Spam