Apple has filed suit against Samsung Electronics for copying the look and feel of its iPhone and iPad, according to the WSJ.

The lawsuit, filed on April 15 in the Northern District of California, alleged that Samsung's smartphones, such as the "Galaxy S 4G," "Epic 4G," "Nexus S" and its "Galaxy Tab" touchscreen tablet, violated Apple's intellectual property.

"Rather than innovate and develop its own technology and a unique Samsung style for its smart phone products and computer tablets, Samsung chose to copy Apple's technology, user interface and innovative style in these infringing products," the lawsuit said.

The Journal notes that this is bound to complicate the relationship between the companies as Samsung makes microchips used in Apple's products. 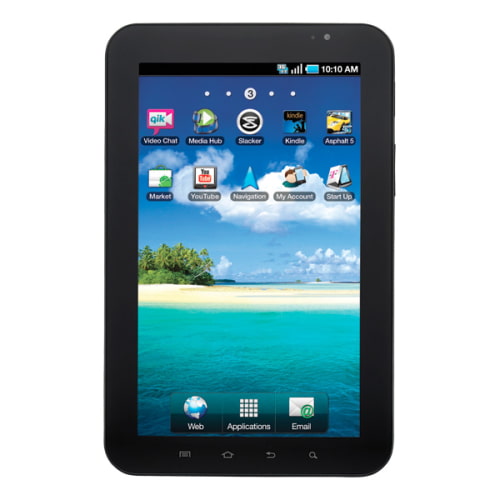 Alex - April 20, 2011 at 9:51pm
The galaxy tab it\'s not at all iPad-like,it\'s smaller,and different design.Of course,it has a display and icons,but how should they make it?Microsoft sued Apple for using icons and mouse arrow on Mac Os?I love Apple products,i believe it is art,bad this has nothing to do with art,is all about money in the end...
Reply · Like · Mark as Spam

smate33 - April 18, 2011 at 8:03pm
Lee- Hey Steve, how you doin\'? This is your old pal Lee Kun-hee (ceo-samsung) Steve- Oh, hey Lee, whass good? Lee - Steve our shit ain\'t sellin\', remember I hooked your sorry ass up with them chips and screens a while back? Steve- Yeah you old south korean bastard, thanks again, so its time to pay back, i guess? Lee, you want me to sew you to help your piece of shit products to sell? Lee- Steve, that would be great, that way them dumbass consumers will think they are the same crappy shit like yours! I got the court bill of course and I owe you one. Steve- Ok Lee, I do that for you, need some good karma anyway after stealing that lever from the rightful in line. Lee- Haha Steve, good one, later! Steve- Peace Lee!
Reply · Like · Mark as Spam