YouTube has reportedly signed deals with several major studios to offer their movies for rent through the site, according to The Wrap.

The new service means a full-bore challenge to Apple’s iTunes service – currently the most powerful player in paid video streaming -- and a welcome new revenue stream for Hollywood as home entertainment revenues continue their steep decline. The service may start as early as this week or next, and is expected to be announced soon by YouTube.

The Wrap has heard that Sony Pictures Entertainment, Warner Brothers and Universal have licensed their movies for the new service; however, Fox, Paramount, and perhaps Disney have not. They believe YouTube is trying to get all major studios on board before making an announcement.

"We've steadily been adding more and more titles since launching movies for rent on YouTube over a year ago, and now have thousands of titles available," a YouTube spokesperson said. "Outside of that, we don't comment on rumor or speculation." 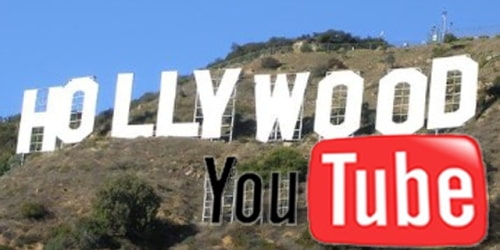 Pain Reaper - April 26, 2011 at 5:24pm
Well at least YouTubes service might be available outside the US..? Then it will kick iTunes ass hard!
Reply · Like · Mark as Spam

Sabtain - April 26, 2011 at 1:36pm
It also depends on your Internet I hve streamed YouTube on fibre optic and it is very quick
Reply · Like · Mark as Spam

Throdne - April 26, 2011 at 2:07pm
Really. . .? well, you are just one of the lucky ones. I have 22mbps download and 8mbps upload and it still takes days to load a small 15-20MB-ish, 1 minute video at 360p. if you do the math, at 2.75MBps, I should have the video loaded completely in about 4-5-6 seconds. but yet, it takes longer to load the video then the video\'s length itself. (not all, but most cases) And don\'t tell me that it\'s because \"i live in the middle of nowhere, like Africa\" that\'s wrong! I\'m right outside southern Denver, CO. where the main nods for almost all tragic in Colorado gets forwarded to. and lastly, don\'t say it\'s just me then. Because I know of hundreds of people that have the same issue throughout the states.
Reply · Like · Mark as Spam

Coose - April 26, 2011 at 4:44pm
Lol, I suppose it could be possible, but I\'m on the verge of calling you a liar. I have great speed tests. Not quite as good as Sabtain, but close. I serve up Videos to some friends and family all the time and they stream from me without issues. The slowness is NOT at the end user\'s side, it\'s at You Tube. I mean if the resolution was really high, sure that\'s somewhat explainable, but low res stuff? When it comes to watching movies, you need a minimum of DVD res or better. I just did some spot checking at my work (we are an ISP). Not going to tell you our stats (confidentiality), but You Tube sucks there as well
Reply · Like · Mark as Spam