Lodsys is threatening app store developers who use in-app purchases and upgrade links with a lawsuit, according to MacRumors.

The site has heard from Rob Gloess of Computer LogicX who received a threatening legal documents form Lodsys.

Our app, Mix & Mash, has the common model of a limited free, lite, version and a full version that contains all the features. We were told that the button that users click on to upgrade the app, or rather link to the full version on the app store was in breach of US patent no 7222078, we couldn't believe it, the upgrade button!?!

MacRumors looked into the patent and found that it was filed in December 2003 as part of a series of patent applications dating back to 1992. The patent was credited to Dan Abelow who sold his patent portfolio to Lodsys in 2004.

James Thomson, the developer behind PCalc, was also hit by a similar notice likely from Lodsys as well, according to CultofMac.

"Just got hit by very worrying threat of patent infringement lawsuit for using in-app purchase in PCalc Lite. Legal docs arrived via fedex," Thomson wrote. "No idea what to do... They seem to be effectively claiming the rights to in-app purchase, but going after me, not Apple."

Thomson say the documents demand a license be negotiated within 21 days or a lawsuit will be filed. He has reached out to Apple for advice. Patrick McCarron, a developer for MobileAge, was also hit with similar threats this morning. 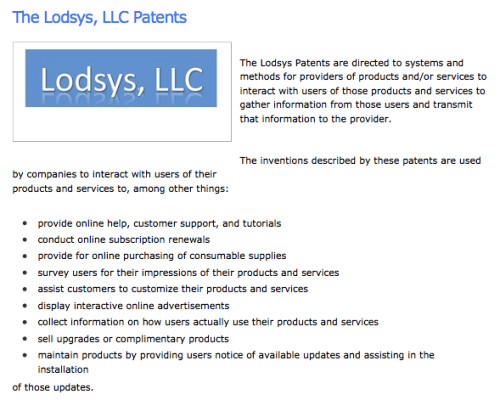 Kerin - May 13, 2011 at 1:13pm
This is why software patents are riGoddamndiculous. I hope this gets thrown out. Hell, I hope software patents in general go the frig away. How can stuff like this possibly seem like a good idea?
Reply · Like · Mark as Spam

Dash - May 13, 2011 at 12:36pm
Seriously...? If everyone knew you could patent stupid shut like that I\'m sure we\'d be Rolling in money, I think patents should be more creative than the ones listed above...
Reply · Like · Mark as Spam
Recent