Updating your iPhone 3G to the latest 5A347 firmware reduces the yellow-tinted hues noticed by users, according to an ArsTechnica report.

The 3G iPhones shipped to stores came with firmware build 5A345. Apparently this firmware has a white point that was moved to make the display feel more natural.

ArsTechnica has found "that updating the firmware from 345 to 347 changes the color calibration to be less yellow. We did this by taking an iPhone purchased at an AT&T store on Friday (5A345), restored and updated its firmware, and compared it to other iPhone 3G models running the 5A345 firmware and 5A347.

We synchronized the screen brightness levels and auto brightness features and confirmed that all iPhone hardware running the 5A347 firmware exhibited a less-yellow calibration than their 5A345 brethren. The resulting color temperature change can be seen in the above photograph." 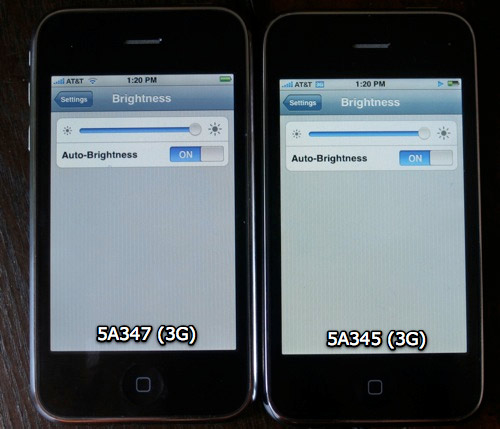