Apple may be preparing to surprise customers with the launch of Mac OS X Lion on June 14th, according to 9to5Mac.

Sources have indicated to 9to5Mac that Apple may surprise customers with a Tuesday, June 14 launch of the next-generation Mac operating system. Our sources could not confirm with certainty that the launch will take place that day, but due to a mixture of chatter from several sources we believe the June 14th date is a strong possibility.

The site offers a few indicators that support this date:
● Apple is reportedly planning a new store front window and in-store signage changes for the 14th. These are different than the changes planned for June 7th.
● Apple is apparently minimizing software presence in their retail stores on that day. Perhaps meaning the removal of Snow Leopard from their shelves.
● Mr. X has told 9to5Mac that Apple’s supplies of Mac OS X Snow Leopard are dwindling.

Mac OS X Lion is expected to be available via the Mac App Store with an additional app purchase that will add server capabilities. More information on Mac OS X Lion will be available after the WWDC keynote tomorrow. 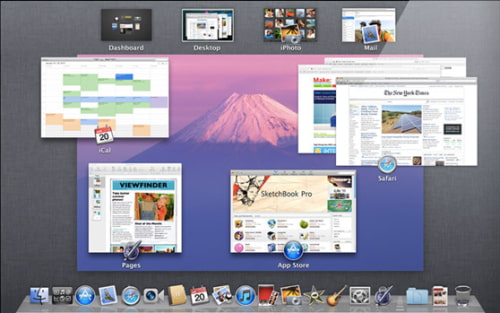 Not on your life - June 5, 2011 at 11:28am
I hope they release it... Been toying with the Beta. It bridges the gap between phone and MacBook. Lots of cosmetic changes and workflow changes
Reply · Like · Mark as Spam
Recent