A new photo has surfaced online claiming to be the first clear photo of the iPhone 5. The photo was posted on the MacRumors forum by a member who says, "Picture taken yesterday in the office of a French operator."

Last month, a supposed photo of the iPhone 5 being used by an Apple employee on the way home from work surfaced online; however, the device in the photo was difficult to see.

It's quite likely that this image is merely a photoshop hoax; however, let us know what you think of the picture and design in the comments. 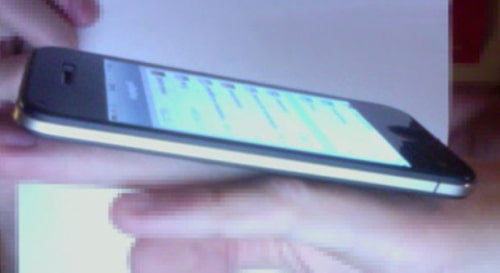 Update: Here's another adjusted photo that was posted to account for the mirror effect. 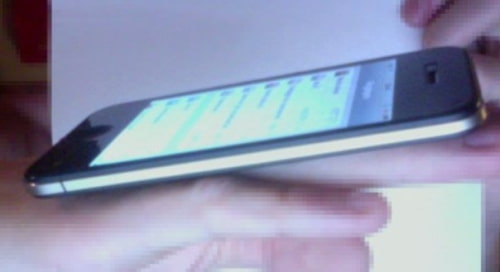 Sinan - August 6, 2011 at 12:18pm
I agree with Apple will not realese Iphone 5 cause Apple is waiting for the right time to launch the new generation and to put the latest tech. On it just like it did from 3gs to iphone4. And the rest we see is CHINA copy of the current model but sqezzzzzzed
Reply · Like · Mark as Spam

Katon nu jutsu - August 6, 2011 at 5:50am
How can u be so sure about that? Just bcoz the white iphone4 is still out in the market it doesn't mean that apple will not gonna release a new one? Evrythin u here and see are all rumors flying around in the net world.. The best thing u or other people can do is wait.. If u don't wanna wait or see the real thing when it comes out then don't! Come on basically it's just a rumor.. Unless proven 100%
Reply · Like · Mark as Spam

Pete - August 5, 2011 at 6:56pm
What is going on with the hand below the phone? It would appear that the fingernail is on the side of the persons finger. That's pretty gross. But I'm absolutely sure that this is a legitimate photo!
Reply · Like · Mark as Spam
34 More Comments
Recent