Custom officials have caught smugglers who were ziplining iPads and iPhones across a cable from Hong Kong to China, reports M.I.C. Gadget.

The iPad and iPhones were transported over a small river that separates the booming city of Shenzhen from the rural northern part of Hong Kong using an elaborate pulley system. The cable was shot across the border using a crossbow and the Apple products were flying across at night, which store in black nylon bags. The cable was suspended to a high-rise building in the Chinese border town of Shenzhen, and goods were moved several hundred meters from a small village house located in Hong Kong

Since Hong Kong and China have independent legal and tax systems the smugglers were Apple to get goods cheaper from Hong Kong and make a profit on sales in China. The cable that stretched between the two countries was 300 meters long and connected to the 21st floor of each building. It only took 2 minutes for the iPads and iPhones to make their way from one location to the other.

Six smugglers were arrested. 50 iPhone 4s and 50 iPad 2s were seized in the raid. 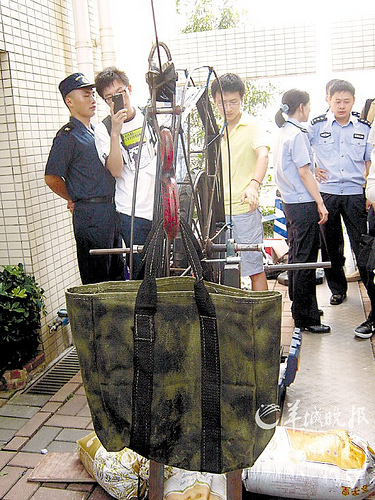