I keep coming back to a conversation I had a few weeks ago with a veteran Silicon Valley CEO who knew Jobs. This was just after Jobs had resigned as CEO of Apple. We got to talking about why Apple is so well-positioned in the post-PC era, and this executive zeroed in on something you don't hear too often. "Steve Jobs told me he has 1,000 engineers working on chips," he said. "Getting low power and smaller is the key to everything."

When Steve Jobs retired he said "I believe Apple's brightest and most innovative days are ahead of it." Schonfeld believes Apple is working on chips to power the post-PC era. A time when form factor is no longer an issue and computers can be put into anything. Like a TV perhaps?

Recently, it was reported that before his death, Steve Jobs worked for more than a year on products that he felt would safeguard Apple's future putting at least four years of products in the pipeline. 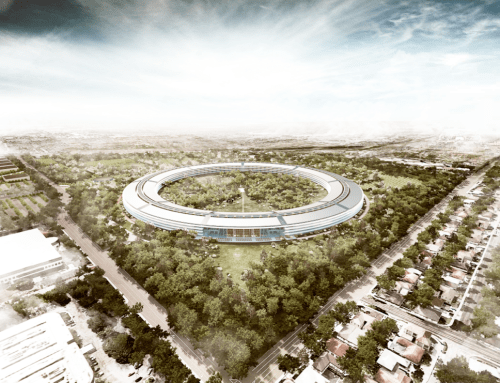 Pain Reaper - October 9, 2011 at 9:48pm
True that! Sucks too that he won't be around to see the new campus.. One small thing that might be a positive thing now that the great one has passed on is that the ones who are still among us in the Apple company might listen a little more to us consumers and what we like to see in the future of iOS etc.. Still gonna miss SJ and his crazy style and personality which you can't deny loving!
Reply · Like · Mark as Spam

I dont know - October 9, 2011 at 9:55pm
Their is no such thing as visionary. SJ was contacted and guided by ancient aliens. No wonder futuristic campus of apple is designed same way as UFO object. Why? no one know it may be a landing strip, may be a control tower for something but could it be related to alien technology.
Reply · Like · Mark as Spam