Apple is reportedly looking into building another huge data center in Prineville, Oregon, just a quarter mile south of Facebook's server farm, according to OregonLive.com.

Using the codename "Maverick", Apple is proposing a 31-megawatt data center and faces a decision this month on whether to buy 160 acres of land for the project. The land is owned by Crook County and Apple has an option to buy that expires at the end of the month.

Those familiar with the discussions say that Apple's Oregon plans have been in flux while it awaited word on whether there would be adequate electricity transmission in Prineville to meet its needs. With transmission capacity expanding and other companies now looking elsewhere, a door opened for Apple.

"They've either got to say yes they are, or no they aren't," said Bill Zelenka, Crook County's planning director. He declined to identify Maverick, but said the company has been even more thorough in scouting its Prineville location than Facebook was. "I'm hopeful," Zelenka said. "They seem pretty serious about it." 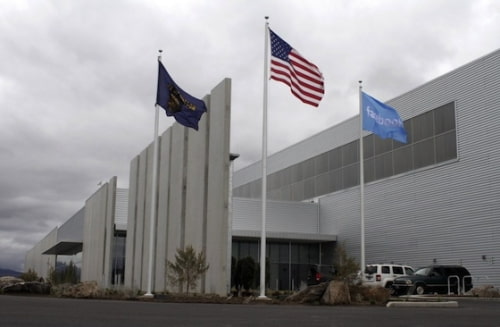 Tom - December 4, 2011 at 4:14am
Good, maybe it will finally settle these intermitent momentary Siri freezes/outages.......
Reply · Like · Mark as Spam
Recent