Lenovo will reportedly outsell Apple and the iMac in the all-in-one PC category next year, reports DigiTimes.

Apple's lead in the sector is about to erode with Lenovo forecasted to surpass the Cupertino company in AIO PC shipments.

Although Apple's iMac series has advantages in industrial design, the product series has shown only limited room for change in specifications. However, Hewlett-Packard (HP) and Lenovo have delivered above-the-standard industrial design in their products, while offering better hardware specifications, price and a variety of choices. Therefore, Apple's leading position in the AIO PC market will be taken by Lenovo in 2012. Apple's iMac shipments in 2011 also suffered an on-year drop, reaching only 3.7 million units. 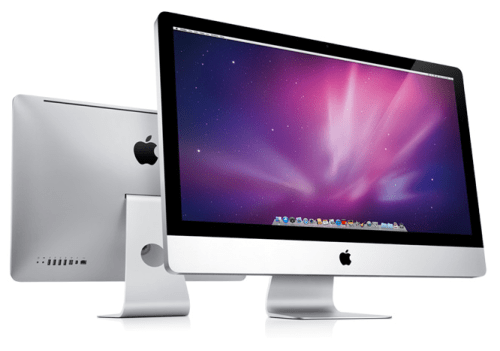 Kameko - December 9, 2011 at 3:15pm
The fact that a pc manufacturer has to actually put forth claims that it will outsell a Mac is a sign of changing times indeed.
Reply · Like · Mark as Spam
0

Junaid - December 8, 2011 at 11:44pm
So many pc and mobile phone vendors and just A Apple competing them in mobile and computer market. How it can be compared? Most important what's the difference in windows laptops and pcs. Same os and sam problem.are giving
Reply · Like · Mark as Spam
0

Jay - December 8, 2011 at 11:35pm
Hey dumbasses, how many windows computers and USERS are there compared to MAC? A SHITLOAD. OF COURSE THEY WILL OUTSELL THE iMAC!!! You are all CUNTS!!!
Reply · Like · Mark as Spam
Recent