A new speculation about Apple's mystery 'Brick' suggests that it might be a wireless USB hub.

What if Apple included a little "brick" with its next generation laptops that acted kind of like a wireless mini-dock?

Perhaps the "brick" would have a Wireless USB hub (like this). We know that most features of a traditional dock can be used with USB. Audio in/out, keyboards, mice, DVD drives, external hard drives, networking... even new displays can be plugged in via USB. The Belkin USB Wireless hub operates at 480mbits/sec, the same data rate as USB2 at three meters and 100mbits at up to 10 meters.

While this speculation doesn't seem to have any basis whatsoever, a wireless USB hub could be useful. Personally, I hope Apple's "One More Thing" is a bit more exciting. 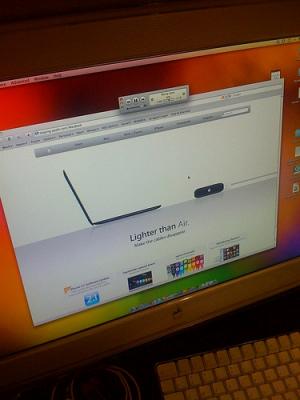