While wandering around the Central Hall of the Las Vegas Convention Center Tuesday, I bumped into Greg Joswiak, head of iOS product marketing for Apple, just outside of Sony's booth. Joz, as he's known within the Apple community, grinned sheepishly upon being recognized by a reporter and stopped to chat for a few minutes.

Joswiak said he was interested in how other companies present their products at events such as CES, from things like booth layout and aesthetics to which products are highlighted within a company's booth. He seemed less than impressed with Sony's booth but didn't really want to get into a lengthy discussion.

PaidContent notes that Joswiak's badge was carefully arranged to cover up his name and company affiliation. Besides checking out the competition, Joswiak was likely taking a look at vast array of accessories that are being unveiled for both Mac and iOS devices.

Apple does not have a booth at CES and Microsoft just recently announced that this year marks its last year participating in the event. 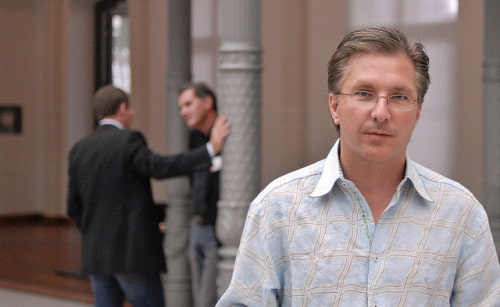