Apple is planning to bring its Notes and Reminders apps to iCloud.com with iOS 6, reveals a beta of login page for the site, notes @stroughtonsmith.

Navigating to http://beta.icloud.com displays a sign-in page with icons for the new sections in the background. In addition, Tom Klaver found the following text in one of the .js files used on the beta site:

To use http://beta.icloud.com, first sign in to iCloud with the iOS 6 Beta.

Earlier today it was reported that Apple intends to replace Google Maps in iOS 6 with its own in-house Maps app. 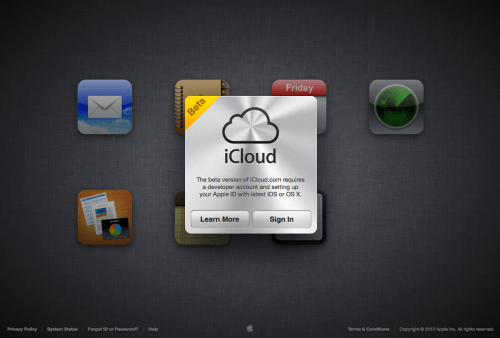