A Liquidmetal 8-K filing reveals that Apple has extended its agreement with the company until February 5, 2014.

On June 15, 2012, Liquidmetal Technologies, Inc. (the "Company") and Apple Inc. ("Apple") entered into an amendment (the "Amendment") to the Master Transaction Agreement that they previously entered into on August 5, 2010 (the "MTA"). Under the MTA, the Company was originally obligated to contribute to Crucible Intellectual Property, LLC, a special purpose subsidiary of the Company, all intellectual property acquired or developed by the Company through February 5, 2012, and all intellectual property held by Crucible Intellectual Property, LLC is exclusively licensed on a perpetual basis to Apple for the field of use of consumer electronic products under the MTA. Under the Amendment, the parties agreed to amend the MTA to extend the February 5, 2012 date to February 5, 2014. 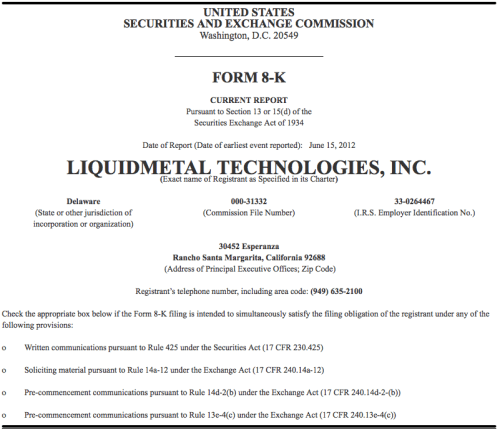 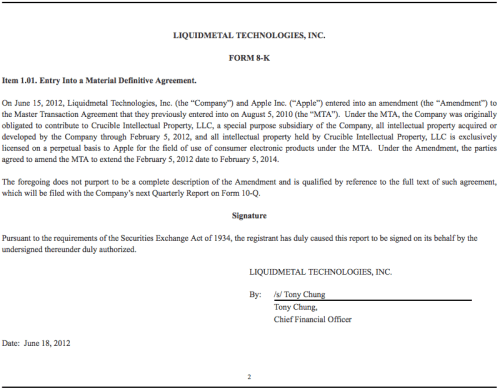