The Apple developer kit for iOS 6 reportedly reveals that Yelp check-ins are to be integrated into the new Apple Maps application, reports Bloomberg.

The Apple developer kit, which was given to programmers earlier this month and examined by Bloomberg, includes screen shots of Yelp check-ins within Apple Maps. Trudy Muller, a spokeswoman for Cupertino, California-based Apple, declined to comment, as did Vince Sollitto, a spokesman for San Francisco- based Yelp.

Yelp describes check-ins as "a simple way to keep tabs on where you've been, broadcast to your friends where you are, and discover more about other people in your community. After a couple of check-ins at a business you are given the title of "Regular" and if you have the most check-ins there you become the Duke (or Duchess)."

Integration with Apple's Maps app will definitely provide Yelp a boost in its competition with Facebook and Foursquare. 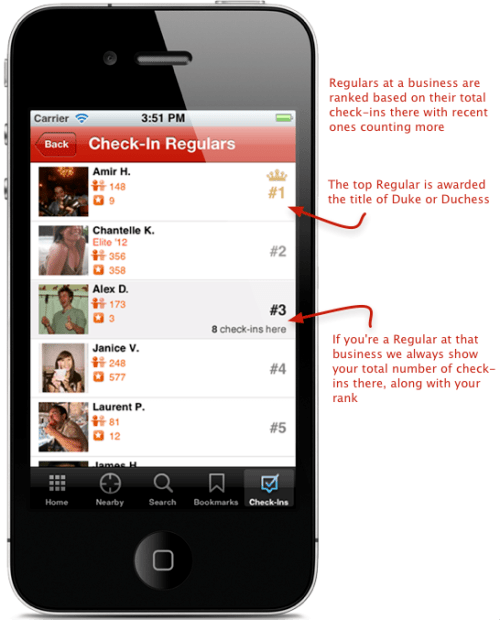 NoGoodNick - June 25, 2012 at 8:55pm
Great, Apple traded in their Google dependent Maps for a MS dependent Maps (since MS just bought Yelp as of today!)
Reply · Like · Mark as Spam

justabrake - June 25, 2012 at 4:00pm
I think I'll stick with TomTom on the iphone WHO wants yelp ? I do everything with google and Around me app, I guess yelp is paying apple for this !
Reply · Like · Mark as Spam
Recent