Apple is deliberately holding back on entering the mobile payments business, reports the WSJ.

Apple recently unveiled a new app called Passbook that will store customers loyalty cards, tickets, and coupons; however, the app does not offer mobile payment capabilities.

Holding back in mobile payments was a deliberate strategy, the result of deep discussion last year. Some Apple engineers argued for a more-aggressive approach that would integrate payments more directly. But Apple executives chose the go-slow approach for now.

The Journal notes that Apple SVP of Worldwide Marketing, Phil Schiller, recently said that mobile payment services are "all fighting over their piece of the pie, and we aren't doing that." However, Apple engineers have been experimenting with Bluetooth and NFC payment solutions. At a review meeting in early 2012 Apple CFO questioned the security of NFC and Schiller was worried that Apple facilitated credit-card payments could cause customers to blame Apple for a bad experience with a merchant. Thus, the company decided to release a scaled down version of Passbook for the time being. 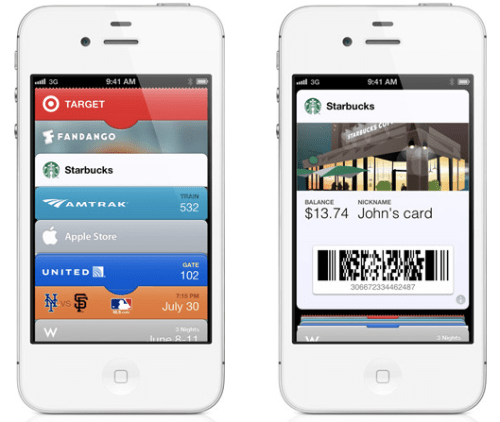 Russell - July 7, 2012 at 5:47pm
The only reason Apple is claiming they are not pursuing Mobile Payments is because they haven't figured out a way to make it profitable enough for them. Let's see if they try to coerce banks or bankcards, to give them a bigger cut of the fees and pass them on to the consumer. eBooks antitrust lawsuit all over again.
Reply · Like · Mark as Spam

Rubinsztein - July 7, 2012 at 10:49am
I agree with Tiny. Based on the ease with which a Trojan Horse managed to infiltrate the App Store recently, I would steer well clear of NFC in any form. There's already a fairly secure App for mobile payments, and that App is called PayPal.
Reply · Like · Mark as Spam

Tiny - July 7, 2012 at 4:42am
Frankly I am glad they are not intrgrating it. It would be a make believe trust in something that is not trust worthy and reliable. I do not understand all this hype about it anyway.
Reply · Like · Mark as Spam
1 More Comment
Recent