Munster believes that a 'wearable computer' would be an untapped revenue source for the company and suggests that the category could include devices such as a watch or augmented reality eyewear like Google's Project Glass.

Munster also argues that since these Apple devices would perform closely enough to the iPhone, the need for the iPhone itself or tablet could become null and void. Timeframe for extinction: Over the next 10-plus years. "Longer term, screens in glasses or projectors could replace the necessity of a screen from a smartphone or tablet," writes Munster, who argues they're likely to be cheaper than an iPhone and could ultimately be Apple's best answer to addressing emerging markets.

Apple drew dismay from a lot of customers last year when it replaced the sixth generation iPad nano with a larger device that could no longer be worn as a watch. Many are hopeful that the company recognized the immense popularity of device as a watch and is working on a product to directly address that market.

Notably, a recent rumor said Apple is building a Bluetooth smart watch in conjunction with Intel for release in the first half of this year. 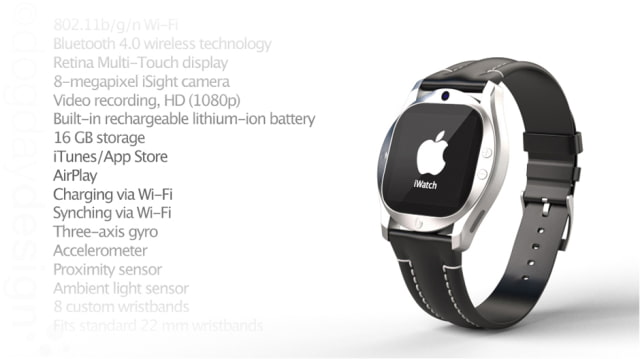 Joshua - January 4, 2013 at 4:15pm
There's no way these are going to replace iPhones.. You can't use iWork on a watch, nor can you play temple run, or angry birds. This is a very stupid concept to think a tiny watch could replace a phone.
Reply · Like · Mark as Spam