Etisalat has announced that it signed a deal with Apple to offer the iPhone 3G in the United Arab Emirate and Saudi Arabia.

Reuters reports that an advertisement was published in newspapers saying that the smart mobile telephone will be available in the markets of the two largest Arab economies later this month. 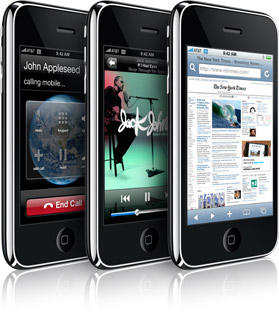