Apple has filed a patent for hybrid notebook/tablet whose display can be removed from the base containing the keyboard, reports Patently Apple.

"The patent filing includes details of a very cool display with a retractable magnetic mechanism that hides itself once detached from the MacBook's main body. Today, on paper at least, Apple has finally revealed their first patent filing about a hybrid notebook-tablet with actual details. "

More details can be found in the full patent filing linked below... 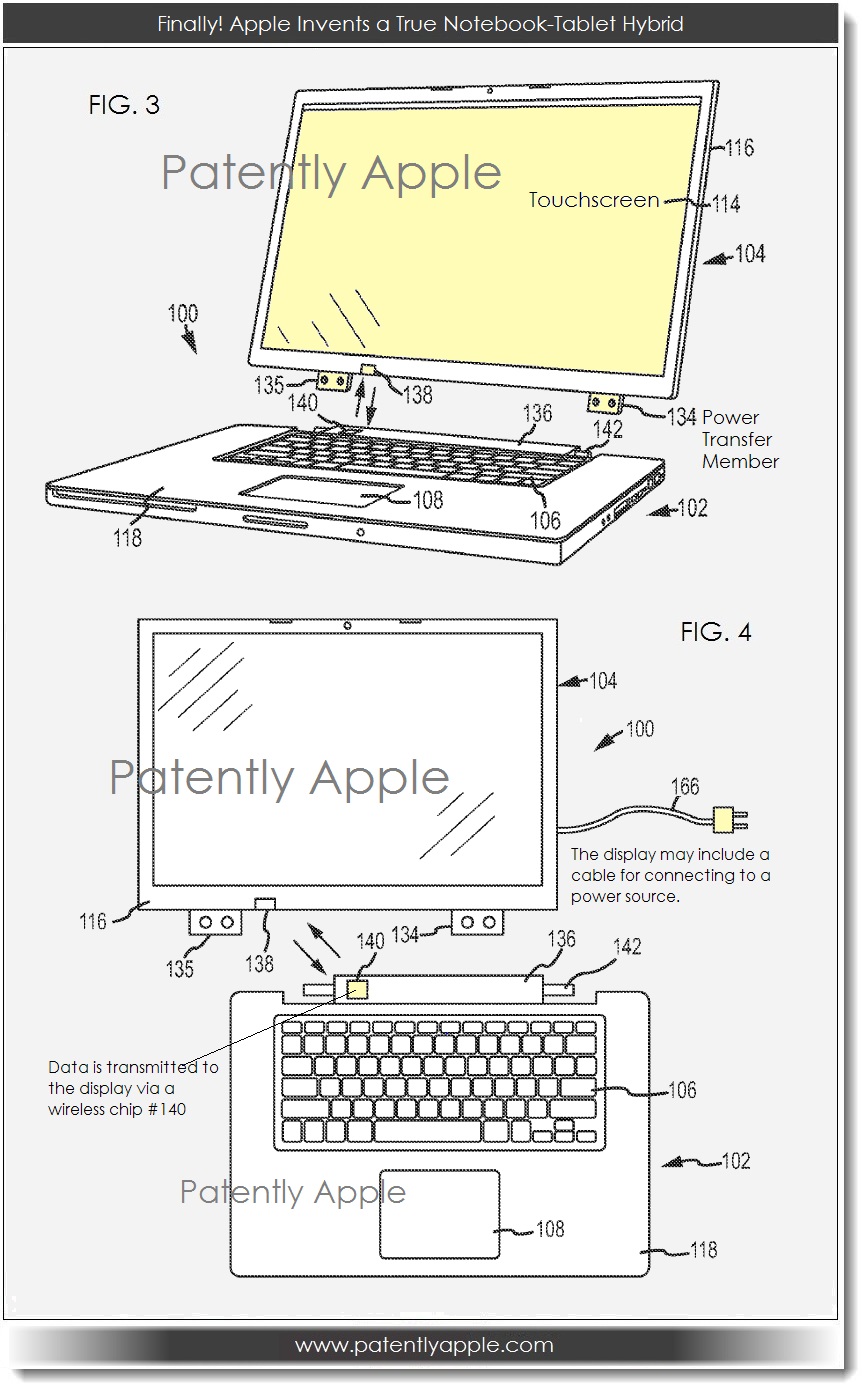 Jayanti - April 5, 2013 at 8:57am
Seems like there will option to run all iPad app on touch device, without base use iPad with all files and emails and with base use as MacBook
Reply · Like · Mark as Spam

dude - April 5, 2013 at 6:39am
But the first part of the story starts with Xerox, otherwise, if Apple hadnt copied them after their first Macs theyd be in the dumps. For the iPad, well MS released the tablet computer in 2004. It went unnoticed.
Reply · Like · Mark as Spam
29 More Comments
Recent